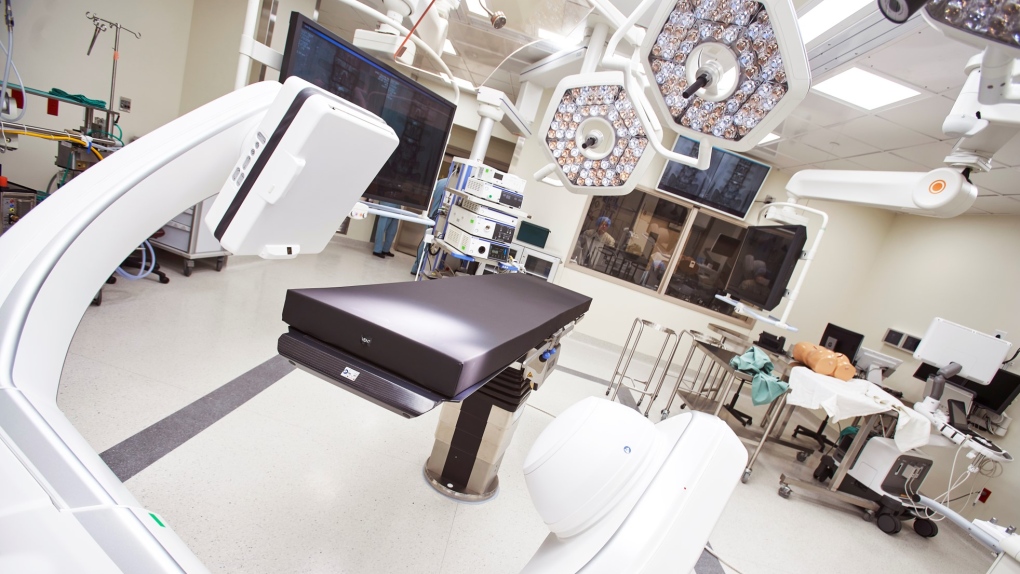 A surgical room is seen in this photo supplied by Lawson Health Research Institute.
London, Ont. -

Research being done in London, Ont. and around the world could very well change the way surgeons approach one of the most common heart valve conditions, which would have global implications.

Researchers at Lawson Health Research Institute (Lawson) and Western University lead the way in a new global study that can change how surgeons repair leaky valves in the heart.

Many patients may not even realize they have a leaky valve which presents doctors and surgeons with a unique challenge once the patient is in the later stages.

“If the leak in the mitral valve is not repaired, a patient will have problems with fluid retention, shortness of breath and heart failure,” Says Dr. Michael Chu, with Lawson and Western.

“That will then lead to complications requiring hospitalization and eventually an increased risk of death.”

Dr. Chu is the Chief of the Division of Cardiac Surgery at Western’s Schulich School of Medicine & Dentistry and his team took the lead on the global study that took place in 39 hospitals including London Health Sciences Centre (LHSC) in London, Ont.

The team studied two related valves in the heart (mitral and tricuspid valves) that can potentially leak, leading to further complications.

In the past the mitral valve was repaired first under the belief that it will lead to improvements in the other valve, but researchers found that to not always be true.

“What we were concerned with was, if we repair the mitral valve only, will the tricuspid valve still leak?” said Chu.

When researchers looked at patients who had both valves repaired over just one, they found a marked difference.

“What we found two years after the operations was that the group that had both mitral and tricuspid repair had significantly less severe residual leak of the tricuspid valve,” said Chu.

He believes that these findings will have an impact worldwide as to how surgical teams repair leaking heart valves. 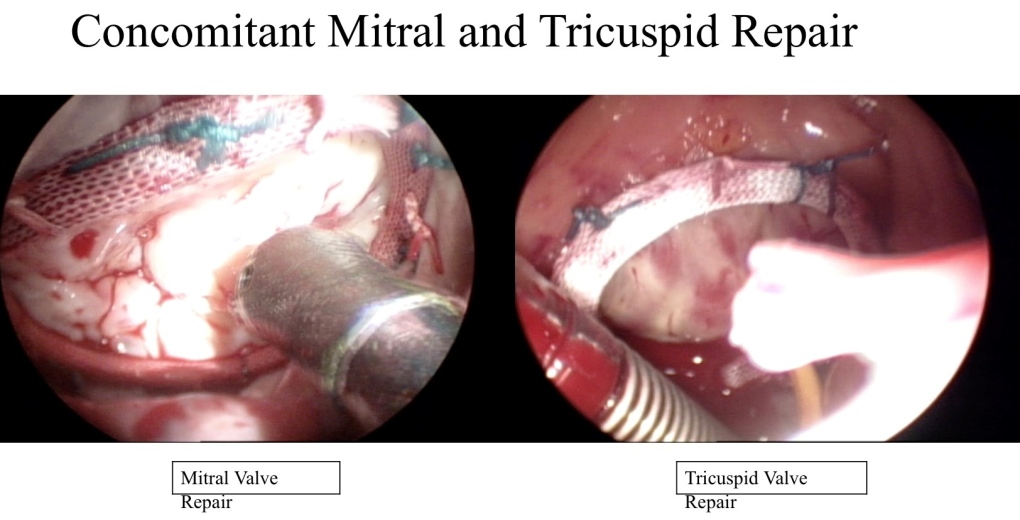 This image of a Mitral and Tricuspid repair was supplied by Lawson Health Research Institute.

The study was done through the Cardiothoracic Surgical Trials Network in the United States but Dr. Chu’s team was the top recruiting and research team.

More than 400 cardiac patients took place in the global study.

The next steps in the study, which has been published in the New England Journal of Medicine, will be to follow patients for five years and examine their long-term outcomes.