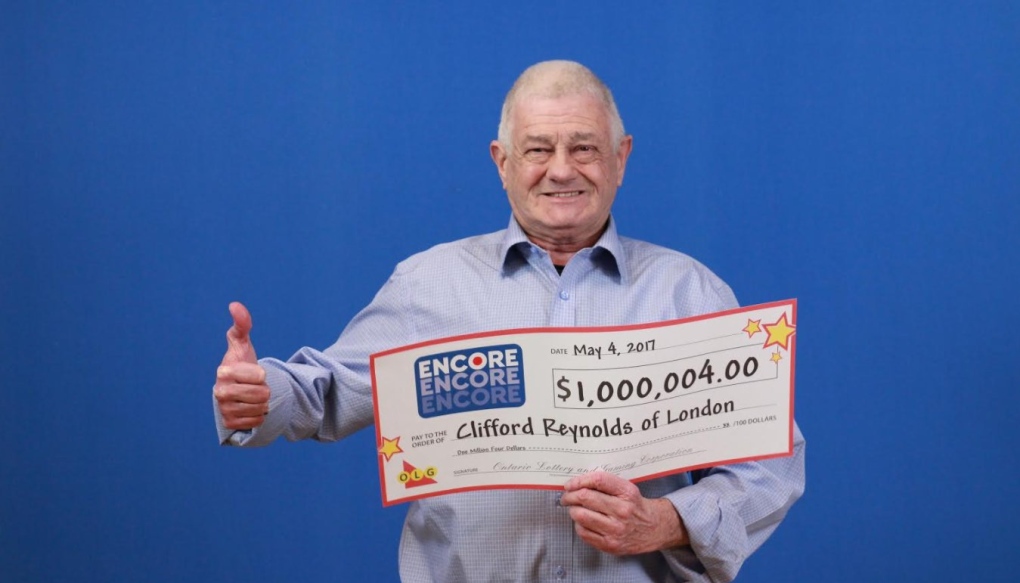 Talk about a double double!

A retired London trucker has hit the jackpot twice by winning the lottery twice in a month.

Once he realized he won, Reynolds called his aunt.

“She is 93 and she raised me. She’s always the first person I share news with. She was really happy for me,” said Reynolds in a news release.

“Next, I called my brother and asked him, ‘When would you like to go to Toronto?’ I told him I won but it wasn’t until we got closer to the prize centre that I said, ‘I won twice.”

“I will make sure that my aunt is well taken care of. She is an active senior. I’m thinking of setting up a college fund for my nephews to help get them started in life,” said Reynolds.

“Plus, I would like to help my brother, his wife and their two adult children. We are a close family.”