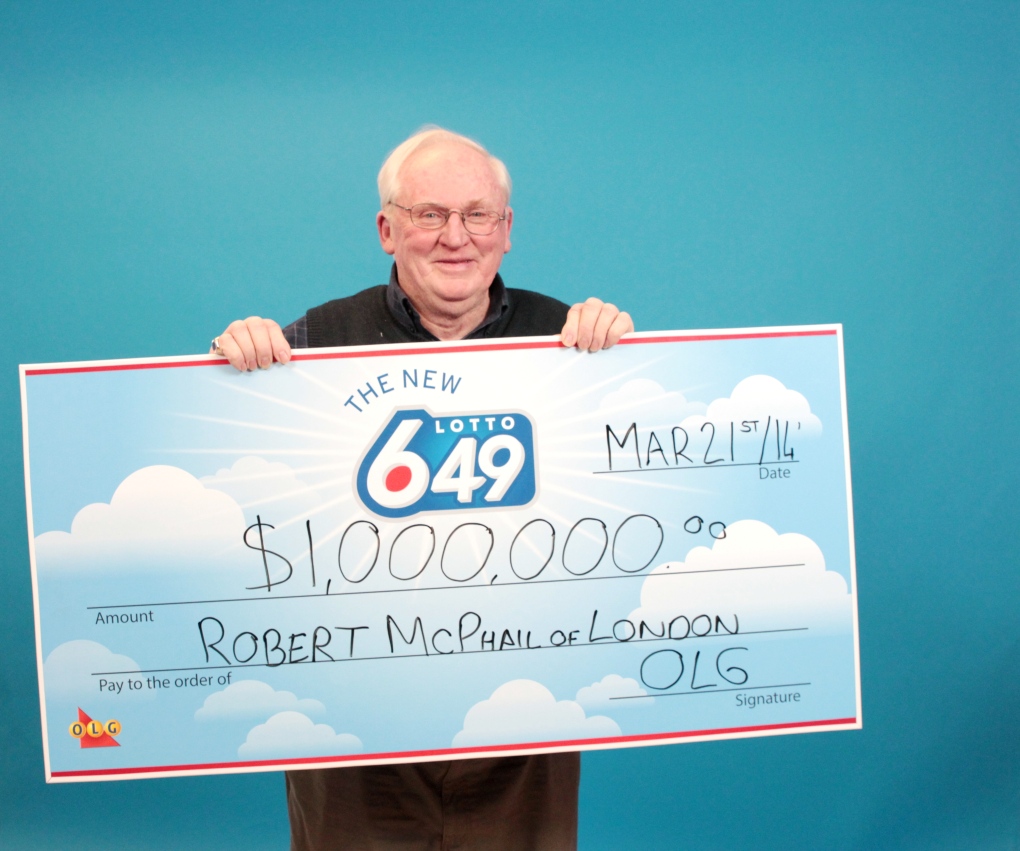 A celebration is in order after Londoner Robert McPhail picked up his second big Lotto 6/49 win - one million dollars.

While picking up his prize McPhail said "I was in the drugstore picking up a newspaper and some chocolates for my wife when something told me to buy a ticket. I bought two LOTTO 6/49 tickets and one ended up being a big winner!”

He reportedly discovered the win while checking his numbers against those in Thursday's newspaper and said he was in disbelief.

But according to the OLG this isn't the first big prize win for McPhail, a retired father of two and grandfather of four.

McPhail added “I always thought I would win again - I just didn’t know when. My family members keep rubbing me for good luck!”

He has said he plans to take a trip to the United Kingdom with his wife and maybe take his grandchildren on a fishing trip.

This winning ticket was purchased at a Shoppers Drug Mart on Adelaide Street in London.

Of the 66 'Guaranteed $1 Million Prize Draws' to date, 30 of the winning tickets have been sold in Ontario.