A plan to turn provincial licence sticker rebates into a cash generator for a local charity is underway.

Habitat for Humanity has announced its plans to recognize those who donate their rebate of at least $120. But the idea is not their own. It started with a Londoner known for making money for high-profile clients.

But this time, financial planner Tom McInerney was looking to give back to those struggling to afford a home.

The idea began when he and his wife Anna were watching the news a month ago and noted the government's plan to end the licence sticker program.

At the time, Premier Doug Ford confirmed those who had already paid for their stickers would receive a rebate.

The move takes at least $16 billion of revenue from the provincial coffers.

The McInerneys worried that might mean less money for charities, so they came up with a plan. The idea is to encourage people to donate to the cause instead of the government. They contacted Habitat for Humanity with their idea.

“Take that $120 a year that you would have spent on your licence sticker and donate it. We’re suggesting Habitat for Humanity but if there is a cause you might feel strongly about, whatever that might be," Tom says.

And, if just a small percentage of Londoners follow through, local charities could benefit greatly, Tom contends.

In the case of Habitat for Humanity, London and area motorists who donate will be able to see where their money goes. 100 per cent of donations will help build a new 20 unit development on Highbury Avenue. And those who give will also receive a new sticker to replace their old licence sticker. 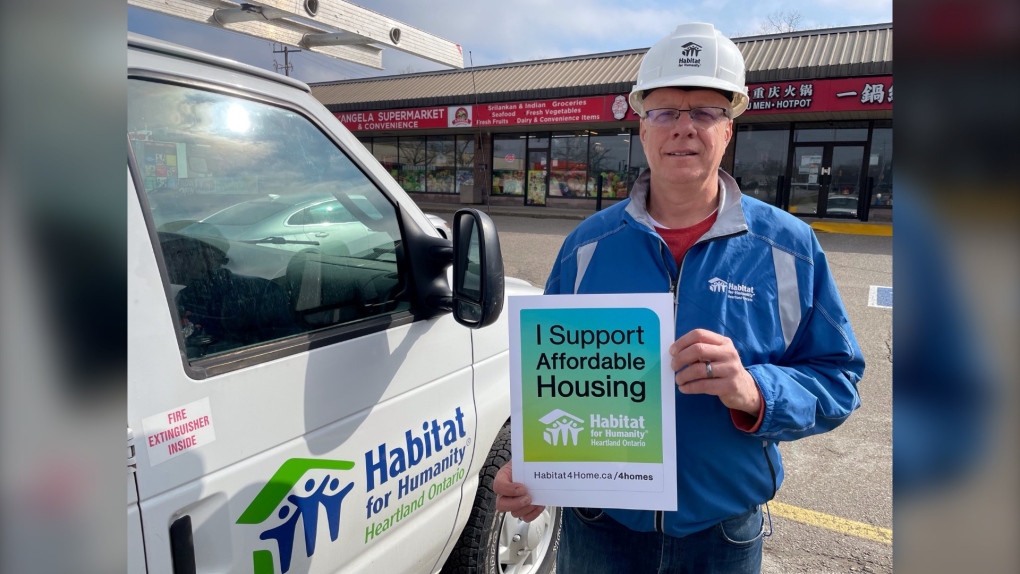 George De Vlugt is the construction manager for Habitat for Humanity Heartland. He says the marker is one way to thank those who pass on their rebates.

With rising home prices, his charity has faced rising costs and as a result, the type of homes it is building is changing.

“We had to change our model from single and semi-detached to stacked townhouses, simply to make those units more affordable to people.”

And De Vlught says many more families will be able to afford a home of their own if they take the cash from one sticker, and stick on a new one saying they have donated to help their community.

Information on how you can take part in the program can be found here.