After a lengthy battle a fire at a vacant St. Thomas hotel is out, and investigators are treating the blaze as suspicious.

St. Thomas fire crews were called to the former Ramada Inn, Monday night around 11:30 p.m. It took firefighters until 6 a.m. Tuesday morning to extinguish the blaze.

The hotel has been empty for several years and no injuries are reported.

Fire investigators were expected to remain on scene most of Tuesday.

The Ontario Fire Marshal's Office has also been called in. 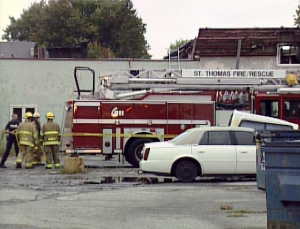