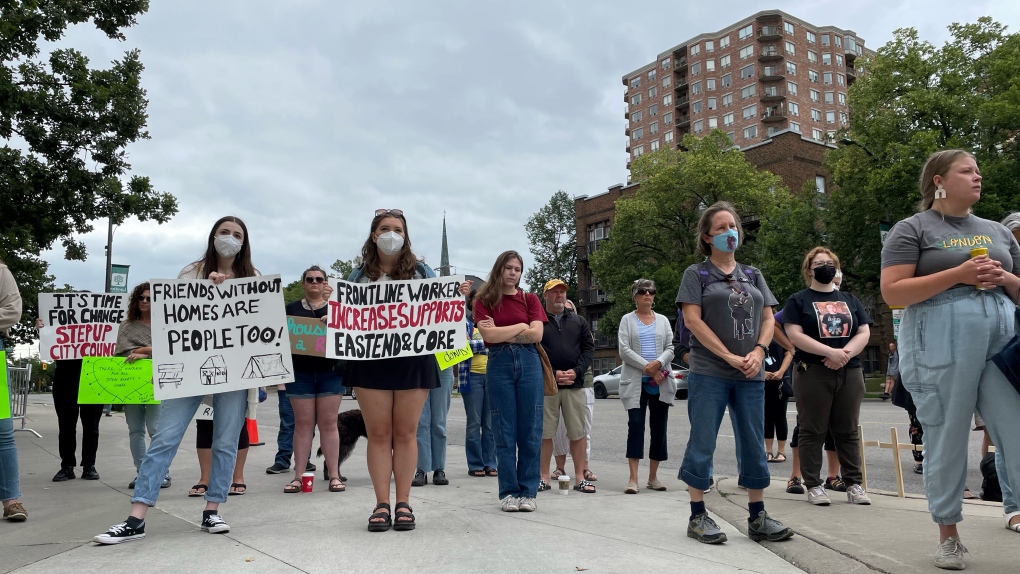 The hunger strike outside city hall has ended.

A two-day long meeting to end a hunger strike at London city hall by #TheForgotten519 activists, has concluded with an agreement on handling homeless encampments in the future.

The meetings got underway Thursday and resumed Friday.

According to a release from the city, the resolution will ensure outreach and support will happen first with by-law enforcement coming later.

Additional services including showers, water will be provided and there will be rules for removing encampments.

#TheForgotten519 helps people experiencing homelessness and is a coalition of Londoners comprised of physicians, frontline workers, outreach workers, advocates, and organizations which include the Ontario Network of People Who Use Drugs (ONPUD) and SafeSpace London.