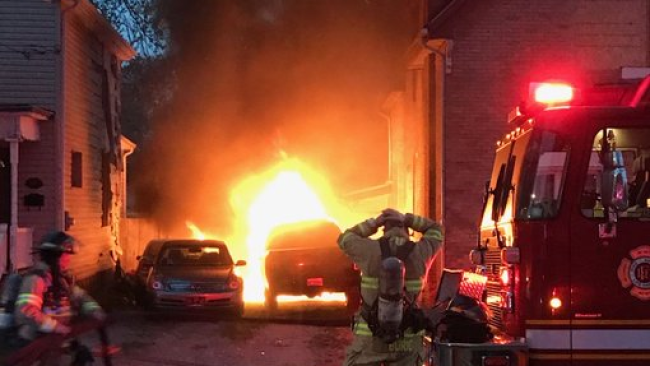 LONDON, ONT -- Firefighters were quick in their efforts to put out two vehicle fires on English Street in order to limit damage to neighboring homes.

Crews were called to 516 English St. just before 9 p.m. for a reported car fire.

When they arrived on scene they found two cars ablaze between two homes on the street.

Firefighters used an aggressive offensive attack to quickly put out the fires and limit the exposure damage to the homes on either side.

No injuries have been reported and the cause remains under investigation.