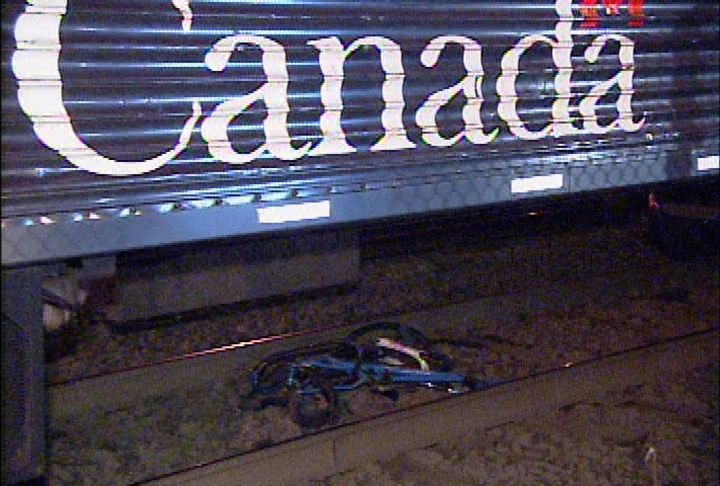 A crumpled bicycle is seen on the tracks near a train station in London, Ont. on Saturday, Dec. 5, 2015 after a cyclist and train collided.

The father of a cyclist who collided with a train Saturday night in London, says he can’t believe his son survived.

“I told him, God’s in his pocket,” says Ted Chartrand. “He was very, very lucky.”

London police say Luke Chartrand, 23, was headed south on William Street near York Street about 9 p.m. when his bike collided with the front of the train.

His mountain bike was left lying crumpled between the tracks under the train.

Police say the signals and bells were working at the time and the barrier arms were down.

Chartrand says his son had earphones on and only saw the train at the last moment.

“He barely saw it...out of the corner of his eye. He turned right and that’s what saved him. He’s lucky he bounced.”

His son was left with a concussion, severe bruising and stitches.

Chartrand said his son is going to be fine, though. “He’ll bounce back.”