Former Ryerson Public School in London has a new name 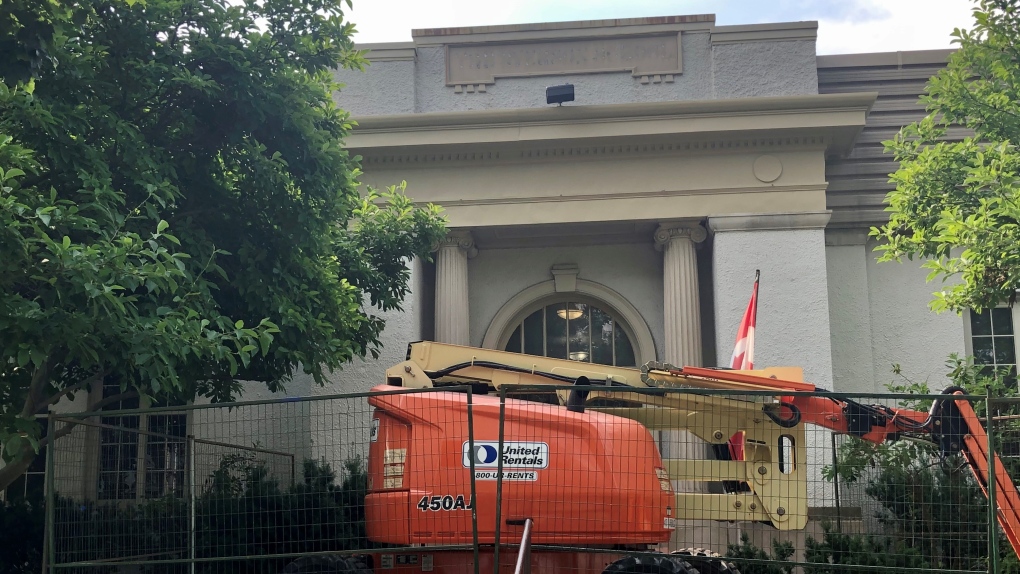 All trustees voted to approve the school being renamed Old North Public School at Tuesday’s board meeting.

Lynne Griffith-Jones, superintendent of student achievement, said “Ryerson will become old North effective immediately. And so we will begin to work our way through this, but this is a great opportunity to create a template for other renaming processes that we undertake.”

The change was part of a broad review of all schools named after individuals to ensure they reflect the board’s commitment to human rights, equity and inclusive leaning environments.

Ryerson Public School was named after Egerton Ryerson, considered the architect of Ontario’s public education system in the 1840s, but he was also a key influence on the creation of the residential school system.

“On behalf of First Nations and Indigenous people, this change is long overdue,” said Indigenous Trustee Carol Antone in a statement.

According to a release sent out Wednesday, there is no timetable for when new signage will be in place to reflect the change, but work will begin right away.

11 killed in shooting attacks on 2 bars in Mexico

Actor Amber Heard rested her case Tuesday in the civil suit between her and ex-husband Johnny Depp without calling Depp to the stand.

'The destruction is incredible': 150,000 Ontarians remain without power, says Hydro One

A Hydro One spokesperson says the storm that ripped through Ontario over the long weekend has caused significant damage across the province, and it could still be days before some power outages are restored.

As government officials, corporate leaders and other elites at the World Economic Forum grapple with how to confront climate change and its devastating effects, a central question is emerging: to what extent can oil and gas companies be part of a transition to lower-carbon fuels?

200 bodies found in Mariupol as war rages in Ukraine's east

Workers digging through the rubble of an apartment building in Mariupol found 200 bodies in the basement, Ukrainian authorities said Tuesday, as more horrors come to light in the ruined city that has seen some of the worst suffering of the 3-month-old war.

Trudeau faces chants, pounding drums as he walks through crowd at Kamloops memorial

The prime minister made comments following a memorial gathering in Kamloops to mark one year since the Tk'emlups te Secwepemc Nation announced the remains of up to 215 children were detected at a former school site.

An extensive study of thousands of COVID-19 patients in Ontario hospitals found links between the severity of their infections and the levels of common air pollutants they experience.

Beijing stepped up quarantine efforts to end its month-old COVID outbreak as fresh signs of frustration emerged in Shanghai, where some bemoaned unfair curbs with the city of 25 million preparing to lift a prolonged lockdown in just over a week.