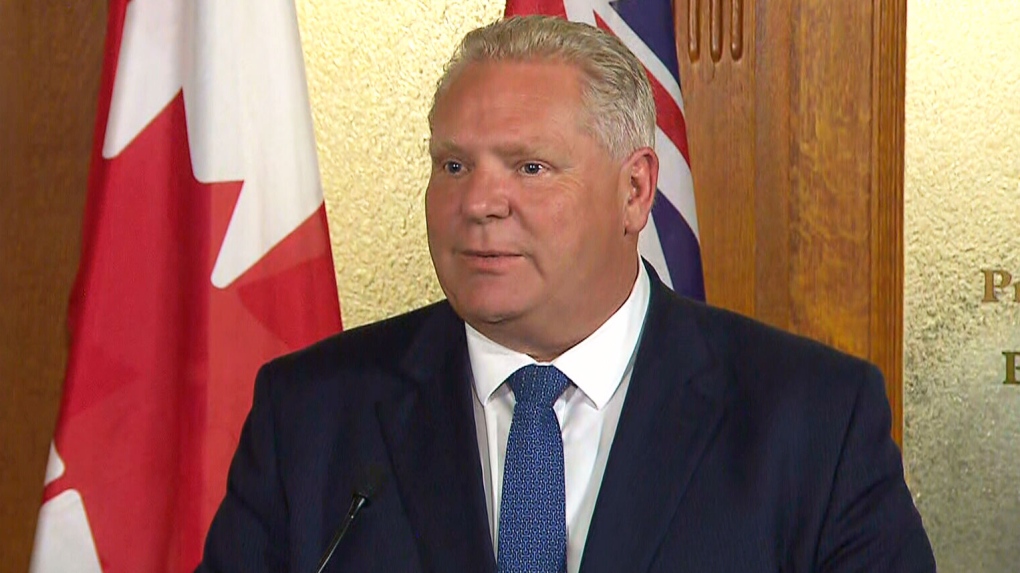 TORONTO -- Ontario Premier Doug Ford ordered a review Tuesday of all pending government appointments after at least three were revealed to have personal ties to his ex-chief of staff.

Dean French resigned late Friday following news that appointees to two foreign posts were personally connected to him. Earlier Tuesday, an appointee to Ontario's accountants council resigned after the Opposition noted that she is French's niece.

The premier has now directed his staff to review all pending appointments, said spokeswoman Kayla Iafelice.

"Additionally, if the premier finds that people have been appointed for the wrong reason or are not performing to the highest standards, those individuals will be removed from their positions," she said in a statement Tuesday evening.

"Earlier today, the premier communicated to caucus that Dean French's advice and support was appreciated but that he no longer has any influence in this government."

Katherine Pal resigned Tuesday from the Public Accountants Council. Her departure came after a press release from the NDP criticizing the government for yet another "gravy train" appointment by giving a post to Pal, a niece of Dean French's wife.

"This reeks of nepotism, with paycheques, power and favours for Ford's inner circle, while everyday Ontarians get nothing but cuts," New Democrat Taras Natyshak said in a statement.

French himself resigned late Friday as Ford's chief of staff after the premier rescinded the appointments of two people with reported personal ties to French.

Taylor Shields, an assistant vice-president of marketing for Chubb Insurance, and Tyler Albrecht, a senior analyst at Optimize Capital Markets, were being sent to agents-general posts in London and New York City respectively before their appointments were revoked.

Meanwhile, the Public Accountants Council said Pal, a principal at Pal Insurance, was extremely well qualified to be on the council and that her finance credentials are impeccable.

Pal did not immediately respond to a request for comment. She would have earned $2,800 in the position for four meetings a year, funded through public accountants' dues.

Opposition politicians have previously been critical of appointments Ford has made of friends and loyalists, after accusing the Liberals during the election campaign of helping insiders get rich.

Gavin Tighe, a Ford family lawyer and who is also acting for French in a defamation lawsuit he launched, was also appointed to the Public Accountants Council.

Jenni Byrne left her post as Ford's principal secretary for an appointment with the Ontario Energy Board with an annual salary of about $197,000.

The NDP also raised concerns with the appointments of two people who previously served on a board with new Finance Minister Rod Phillips to the Investment Management Corporation of Ontario.

But a spokeswoman said Vic Fedeli made the appointments while he was still finance minister by ministerial letter, so they did not get approved by cabinet. Phillips had no involvement, said Emily Hogeveen.