Five transported to hospital after car rollover on Chester Street

Five transported to hospital after car rollover on Chester Street 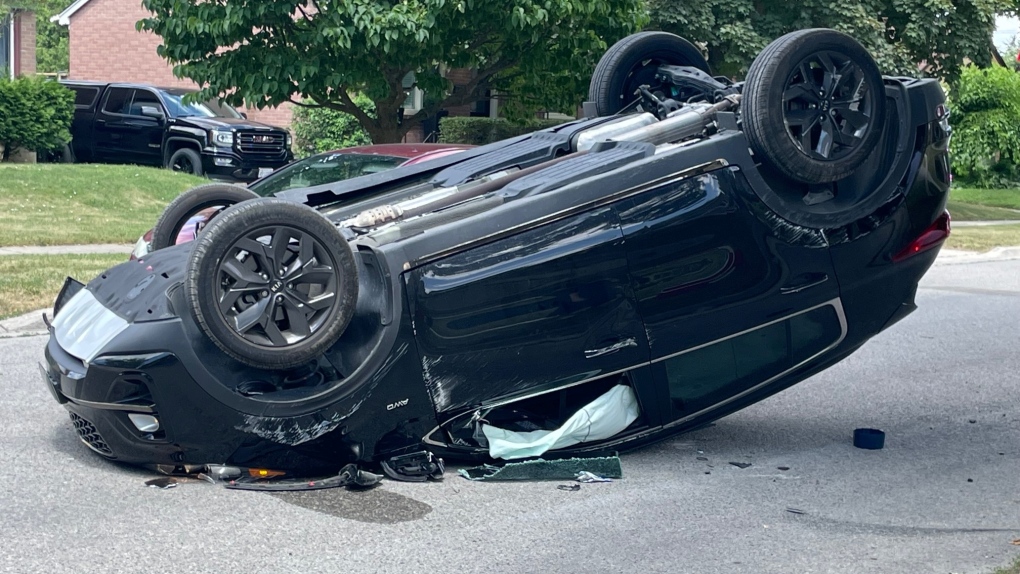 A vehicle rolled over after striking a tree in a residential neighbourhood on Chester Street in London, Ont. on July 3, 2022. (Sean Irvine/CTV News London)

Emergency crews responded to the scene of an accident after a car struck a tree and rolled over onto its roof in south London early Sunday afternoon.

Shortly after 2 p.m. on Sunday, first responders attended the scene of Chester Street near the intersection of Wellington Road and Commissioners Road East for a report of a vehicle rollover.

The five occupants of the vehicle were transported to hospital as a precaution.

The cause leading up to the crash is currently unknown.