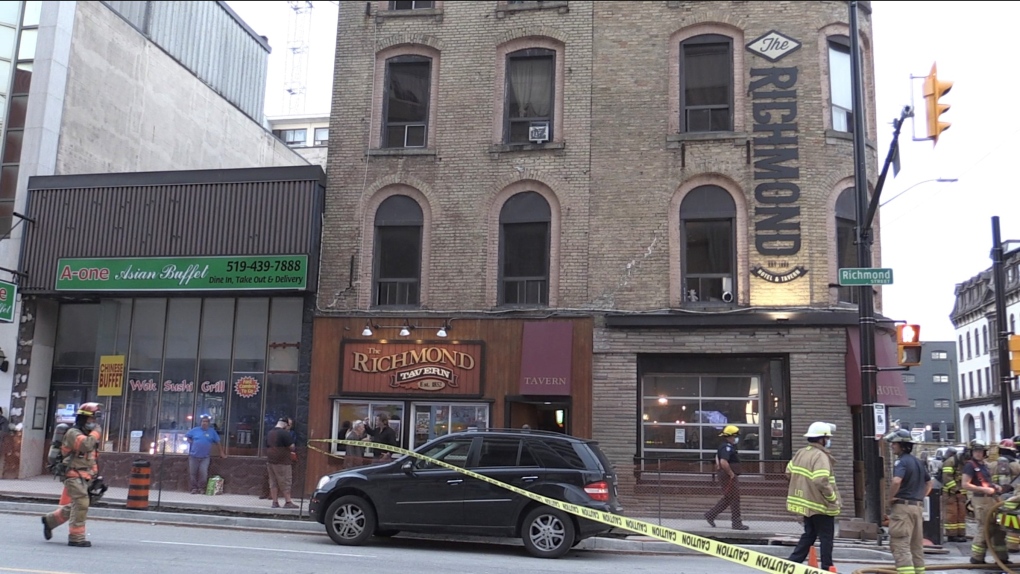 Just before 6 p.m., emergency crews were called to the Richmond Tavern at King and Richmond Streets.

“Our crews encountered heavy black smoke upon their entry, but were able to knock down the fire,” explains Platoon Chief Colin Shewell.

“We’re focussing on the second floor as the area of origin and then smoke migration throughout the building,” adds Shewell.

He commended everyone inside the building for quickly leaving the tavern and apartments when they heard the fire alarm sound.

“Everyone was out upon our arrival, which is awesome, especially during fire prevention week,” Shewell said.

According to a tweet from the London Fire Department, damage is estimated at $25,000 and the fire was likely caused by "careless discarded cigarette."