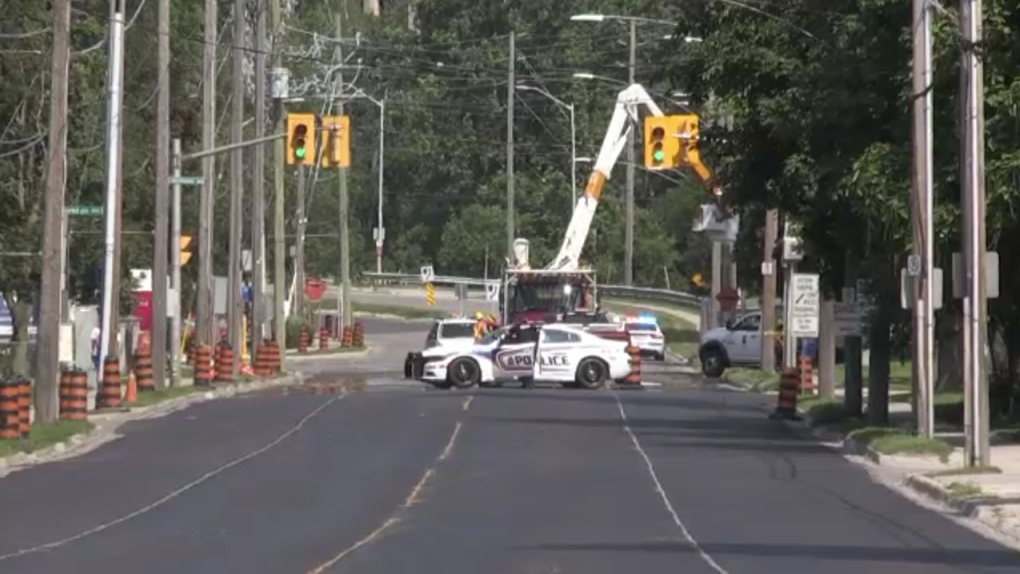 Crews were called in to replace a snapped hydro pole near the intersection of Richmond Street and Bernard Avenue.

The pole was hit by a van around 10 a.m. and fell across Bernard.

Richmond was closed to traffic in both directions so that hydro crews could replace the pole.

That led to long detours for anyone looking to get in or out of the downtown.

There is no word yet if any charges will be laid.

Canada has now fully vaccinated 80.09 per cent of the country's eligible population.

Despite the ruins of Tikal being one of the most thoroughly studied archeological sites in the world, archeologists have recently uncovered a hidden neighbourhood near the ancient Maya city.

A pair of American siblings have returned home after China lifted an exit ban following Canada's release of a top Chinese tech executive who had been wanted in the U.S. on fraud charges.