When a tractor trailer crashed into the front doors of two downtown Listowel, Ont. businesses on Friday, Matthew and Tammy Cressey’s phones started to light up.

“I just saw debris, and carnage. I look over and there’s a transport truck in my restaurant,” says Matthew.

The owners of Diana Sweets Diner, which has been in Listowel’s downtown for over 100 years, say they expected the worst after a transport truck careened off Listowel’s Main Street, and into their front doors and a neighbouring storefront.

But early indications are their building is safe, and Diana Sweets may actually re-open Monday.

“The truck was holding the structure up, so the biggest fear was, when they pulled the truck out, everything was going to fall, and it didn’t. So, we’re kind of in the best-case scenario of a crappy situation,” says Tammy.

The crash itself has reignited a decades-long discussion about a truck bypass in Listowel, to direct transport trucks away from the downtown.

Todd Kasenberg, mayor of the Municipality of North Perth, says a Transportation Master Plan study is coming before North Perth council in the next few months and a commercial bypass will be discussed.

“This council is determined, at least, to hear about how a commercial bypass could be constructed, the appropriate pathways for it, and ultimately what the cost will be. And we’re fairly committed, from my interactions with my fellow council colleagues, to get this done,” says Kasenberg. 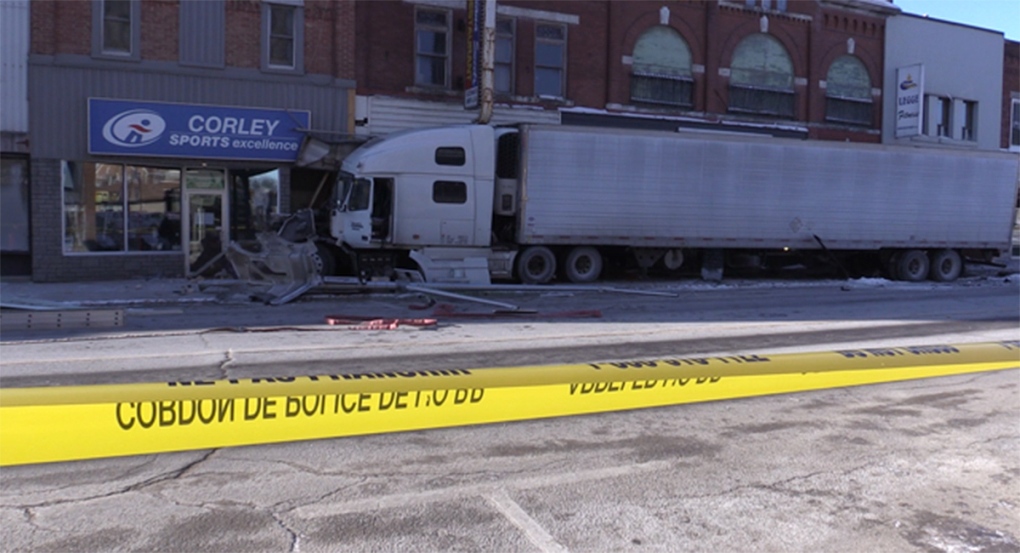 Police tape blocks the area after a transport truck crashed into a building on Main Street in Listowel, Ont. on Friday, Jan. 21, 2022. (Scott Miller / CTV News)

The Cresseys remain hopeful they can reopen on Monday, and are thankful they were in COVID-19 lockdown at the time of the crash so there was no one in the restaurant when the transport abruptly stopped by.

The actions -- or more notably, the inaction -- of a school district police chief and other law enforcement officers moved swiftly to the centre of the investigation into this week's shocking school shooting in Uvalde, Texas,

A Hydro One spokesperson says some people living in remote parts of rural eastern Ontario could be waiting weeks to have power restored after last Saturday’s devastating and deadly storm.