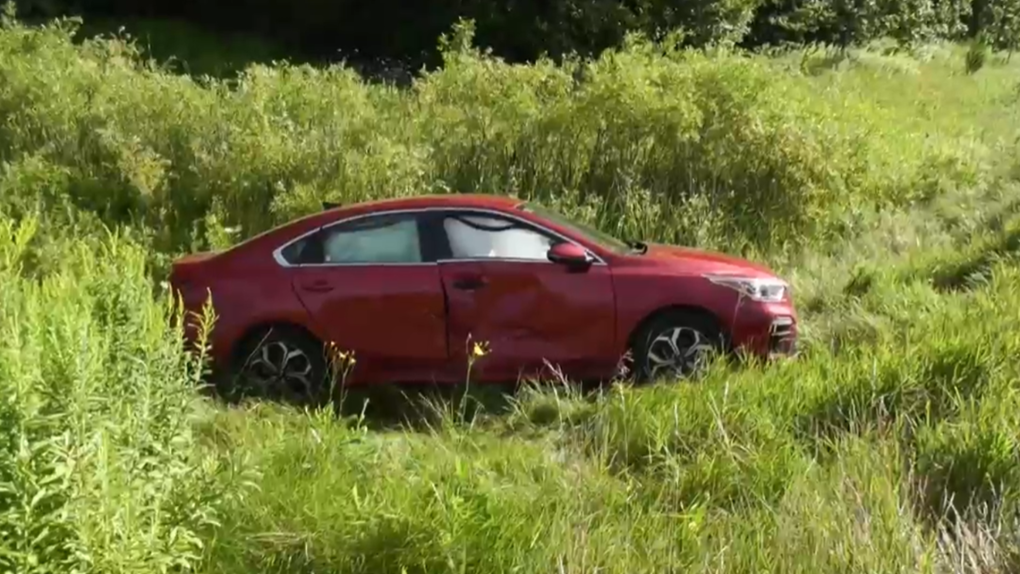 A driver who was reportedly speeding collided with a truck after allegedly driving through a stop sign Wednesday morning.

The driver hit a pick-up truck at Westdel Bourne and Longwoods Road in south London, allegedly continuing without stopping until the vehicle ended up in a ditch at Westel and Westminster Drive.

"The little red car failed to stop and kind of drove right in front of me. I had no place to go but a quick right turn and into the ditch. It gets you to that point where you get the little shakes and you think, "do I really want to drive anymore," said David Nagy who was involved in the collision.

Witnesses tell CTV News London that the female driver was taken to hospital with unknown injuries.

Bank of Canada governor Tiff Macklem says more interest rate hikes are necessary to bring inflation down, despite some early signs of a slowing economy.

The NDP are calling on the federal government to take steps to tackle 'greedflation' and get to the bottom of the rising cost of groceries.

A former police officer facing a drug charge burst into a day care centre Thursday in Thailand, killing dozens of preschoolers and teachers and then shooting more people as he fled. At least 36 people were slain in the deadliest rampage in the nation's history.

Canadian officials warn: Turkeys at U.S. border might be turned back

Ahead of Thanksgiving Day, the Canadian Food Inspection Agency is reminding cross-border shoppers that raw poultry or poultry by-products can’t be brought into the country from the U.S. due to ongoing avian flu outbreaks.

What is the Canada-U.S. Safe Third Country Agreement?

The Supreme Court of Canada is set to hear a case brought by several human rights organizations seeking to overturn Canada-U.S. Safe Third Country Agreement. CTVNews.ca breaks down what the agreement entails.