Ark Aid Street Mission has been given a deadline to comply with municipal zoning rules, or its homeless drop-in space will be forced to cease services inside a church.

“A zoning bylaw could shut down the only drop-in space that currently opens to 20 or more people in our community,” explains Sarah Campbell, executive director of Ark Aid.

The organization relocated to First Baptist Church on Richmond Row, behind the Victoria Park bandshell, during the renovation of its building in Old East Village.

The drop-in space offers dinner seven days a week, as well as lunch and afternoon drop-in space complete with showers, clothing and links to support services.

It serves between 300 and 400 Londoners experiencing homelessness. 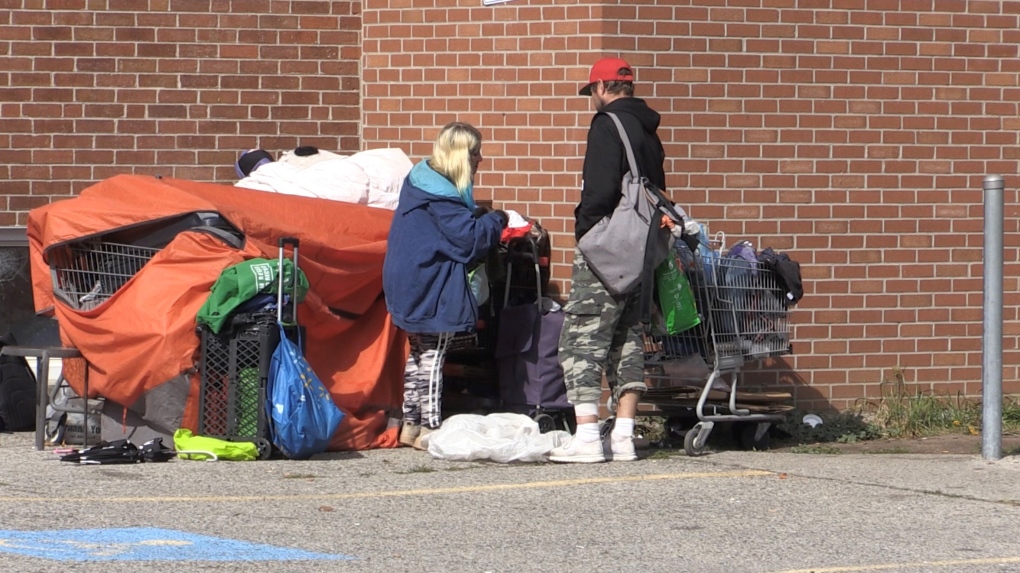 “It’s an effort to do what we can, but we haven’t been able to do enough,” says Pastor Alan Roberts of First Baptist Church as he struggles to holds back tears. “It aches that we are being told we can’t be ourselves.”

“It’s so important,” adds Yvan Boudreault who has lunch every day in the church basement. “People would starve without this place.”

A notice sent by London City Hall to First Baptist Church trustees indicates that the church is zoned as a “place of worship,” but the current lease as a drop-in requires it to be zoned as an “assembly hall.”

CTV News London reached out for comment, but no one from civic administration was made available for an interview to explain the decision to issue a deadline.

An emailed statement to CTV News London explains, “Ark Aid is leasing the space and providing the services as a separate entity, they are not operating as a place of worship, which is a permitted use, but rather as an assembly hall, which is not.”

“Churches and organizations partner all the time to provide services,” responds Campbell.

The city’s decision to strictly enforce the zoning by-law is having a chilling effect at other churches that have stepped up during London, Ont.'s homelessness crisis.

“My own Anglican community, we have churches that put on breakfasts and dinners for hundreds of people once a week,” adds Rev. Kevin George of St. Aidan’s Anglican Church. “Are they going to be getting the next notices saying they are not [zoned as] ‘assembly halls’ so they can’t have people in to eat?”

Many merchants and residents along Richmond Row have expressed concern in recent weeks about the large number of people living in Victoria Park and along the business district since Ark Aid’s arrival.

The city says its enforcement of the zoning by-law is based on a number of complaints.

“We really can’t give in to this not-in-my-backyard mentality that seems to be rising up in this city right now,” warns George.

A rezoning application would cost $12,000 and takes three to six months.

Violating the zoning by-law can result in a fine up to $25,000 for a first offence. 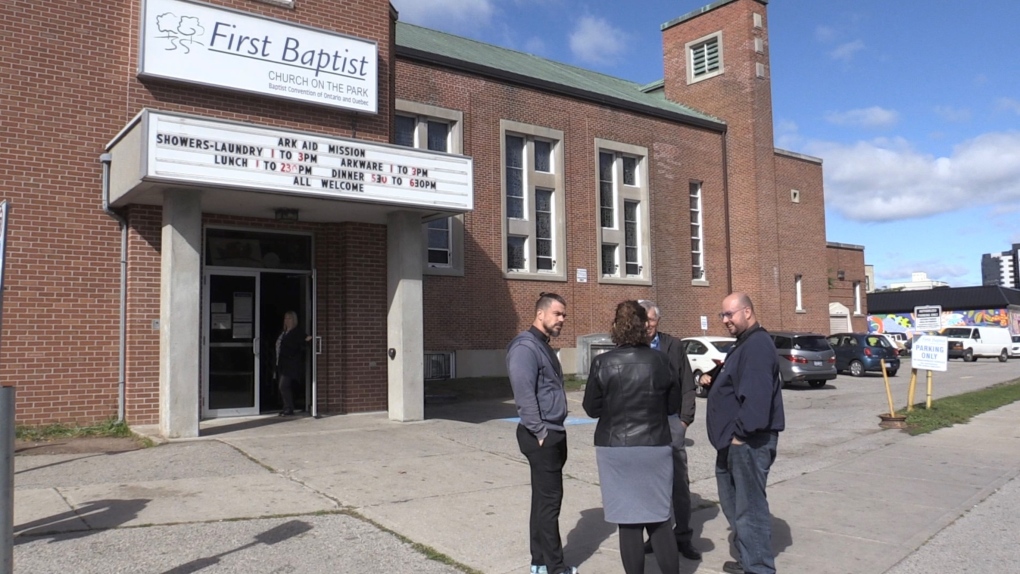 The mayor does not have authority to intervene in by-law enforcement, but Ed Holder wants to see the situation resolved.

“I think there can be a solution. It’s my sincere hope if we keep our focus on what matters most,” Holder tells CTV News London. “You are measured as a community by how you take care of your most vulnerable.”

The renovation to Ark Aid Street Mission’s building in Old East Village is on hold until another $1 million can be fundraised for design changes that meet current building codes.

The city has agreed to extend the deadline from Oct. 4 to Oct. 20.

If a solution isn’t found before the deadline, Campbell says Ark Aid Street Mission will seek to find other ways to fulfill its commitment to aiding Londoners experiencing homelessness.

“It’s difficult when the city is saying to the community to come together with a plan for winter, come together to serve this population, and then cuts us off at the knees,” she says.