The founder of a grassroots effort to fight breast cancer admits she almost threw in the towel last fall.

“There is a lot of pressure doing this”, Bec Matthews acknowledges.

But, after an immensely successful 2021 campaign Bec Matthews, of Dorchester, Ont., and her team of volunteers are pushing ahead with Pink the Towns.

She says Pink the Towns will no longer be a lawn sign campaign. “Instead of doing lawn signs this year, I decided to do flags, which you can tie around a tree, for example, or in the ground. They will come with suction cups. You can put them in your windows. We’re also doing car magnets.” 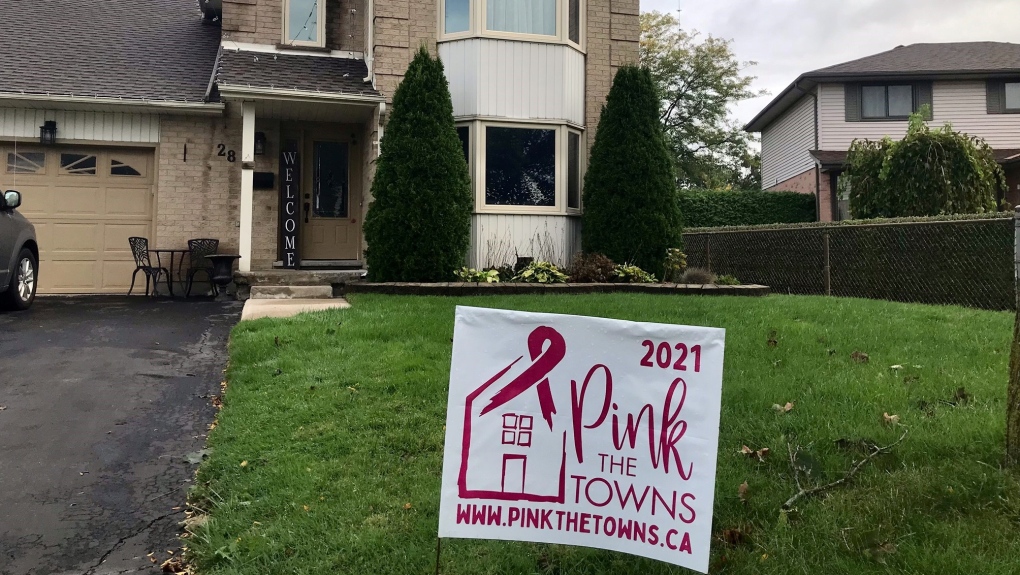 A ‘Pink the Towns’ sign is seen on a lawn in Southeast London, Ontario (Sean Irvine / CTV News)

Matthews, a breast cancer survivor whose story has been featured on CTV London, says both items are far less time-consuming for volunteers.

Further, flags and magnets are easier to ship, which Matthews says will make it easier for the charity to grow nationally.

Already, lawn signs have made their way to nearly every province and territory, parts of the United States and even Europe and Central America.

While 100 per cent of all proceeds raised from the signs, and moving forward the flags and magnets, goes to breast cancer research, awareness remains the primary goal. 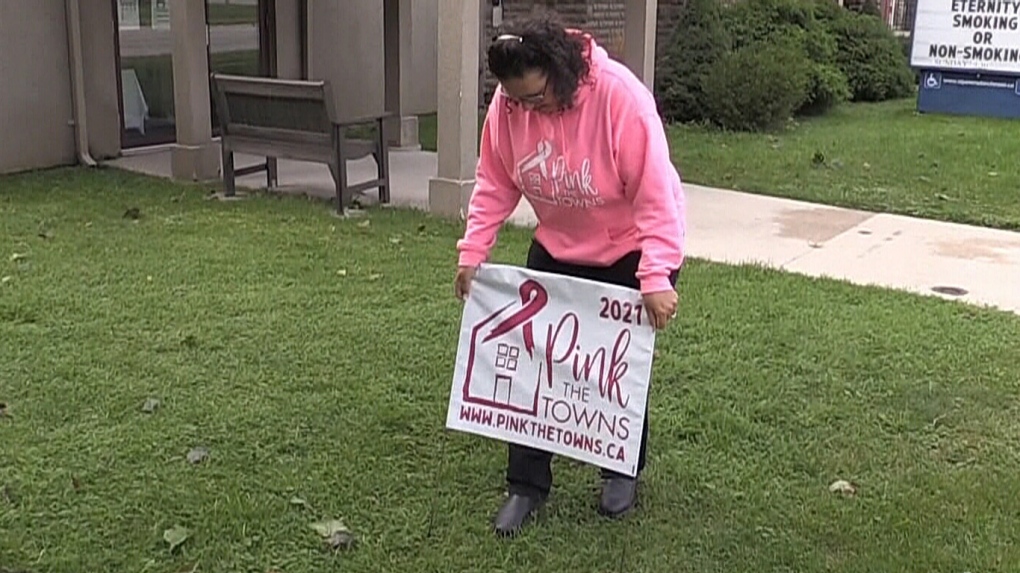 Matthews hopes every time someone sees a Pink the Towns logo, it reminds them to do a potentially life-saving exam of their breasts.

“I should really check myself over, and if you feel something, do not hesitate. Don’t think, ‘oh it’s just dense breast tissue', go and get checked.’” And in 2022, Matthews is planning to fight for another change, this time in schools.

She believes students should provide with information on how to check their breasts. “I didn’t discuss it in school, and I never made it a habit either. And look where it ended up.”

Pink the Towns flags and car magnets, both priced at $15, will be available for sale at pinkthetowns.ca starting this week.

Scientists have found evidence that an underwater volcanic eruption in the South Pacific earlier this year, the biggest in decades, created pressure waves so strong they circled the planet multiple times and blasted through the Earth's atmosphere.