LONDON, ONT. -- It is the story of two men who have set an example for all of us finding it hard to be kind in tough times.

Their positive actions started after a brief moment of misfortune, which ultimately brought them together: a missing wallet full of cash.

All seem well as he hopped in his car and returned home for the night.

The next morning, at the same restaurant, David (Dave) Halverson stopped in the lot when he noticed something on the ground.

“And I look to my left, and I see, well I knew it was a wallet right way. I could see the green in there.”

Halverson decided to take a closer look and eventually took the wallet to his workplace. “And I open the wallet and, ‘Holy jeez, I had to count it just to make sure.’”

For a flash second, Halverson considered keeping the cash. “I was looking at the money and thinking I could buy this and that, but no.”

And with that, Halverson decided to write a note and drop it off at the address in the wallet. 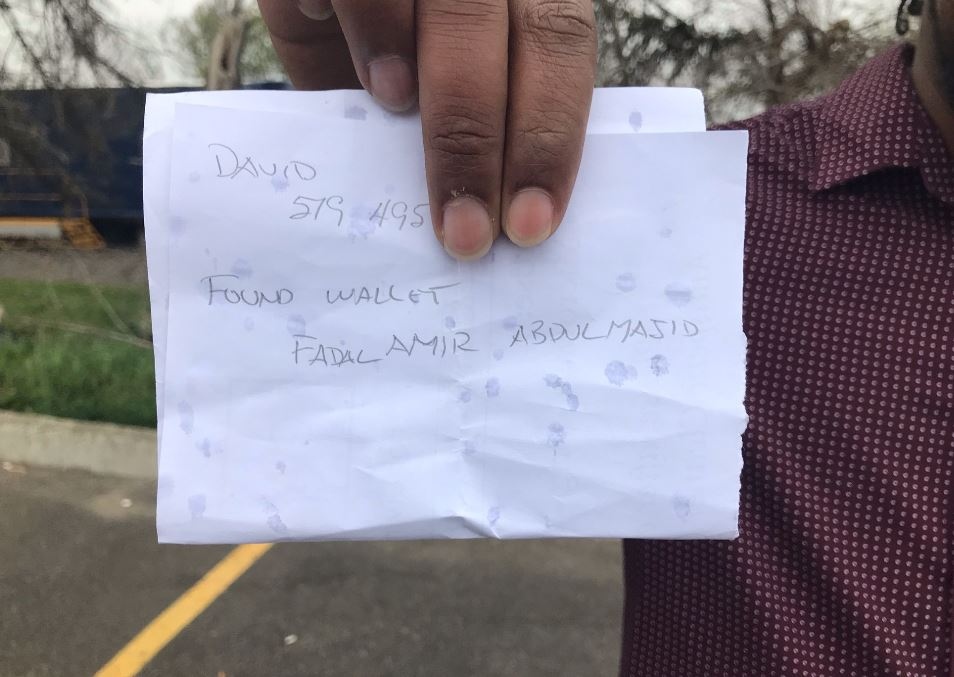 A short while later, Amir found the note. He quickly called the number and spoke to Halverson. “He informed me that he found my wallet.”

The funny thing is, until the note, Amir had not realized his wallet, and the money he’d taken out for a down payment for a used car, had gone missing.

Needless to say, he was grateful. “I would hope most people would do what Dave did.”

Halverson would not accept any reward or, given these days, a handshake for his kind act. 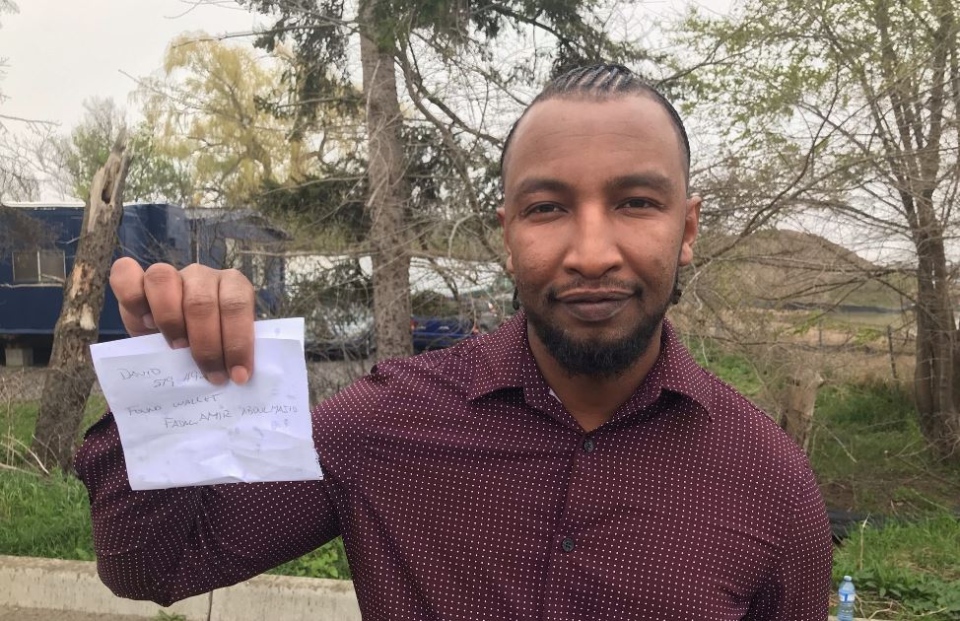 So with a salute, Amir decided to pay it forward. He posted the good deed on social media and will use Halverson’s reward money, and those others have donated, to feed the homeless this weekend.

Halverson says it goes to show how a small loss can lead to a big gain.

“It’s a tough crazy world. A lot of people are stressed. But at least I did something a little bit to help somebody.”