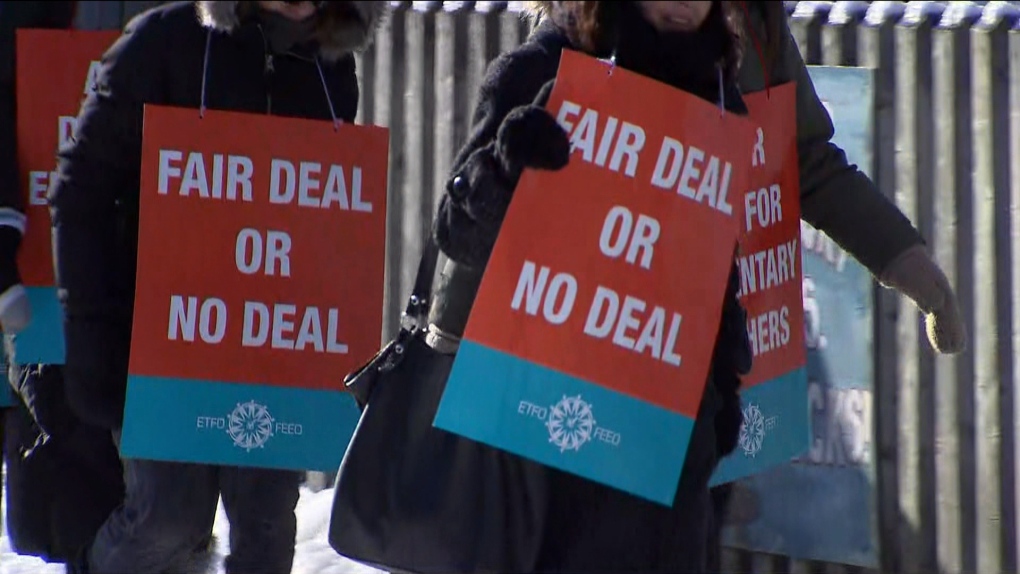 LONDON, ONT. -- Students in Catholic schools across Ontario will be off on Tuesday, Feb. 4 as a new round of strike action was announced by the Ontario English Catholic Teachers' Association.

OECTA President Liz Stuart said in a statement, "We know Ontarians are growing impatient with these negotiations. Frankly, we share their frustration...But we cannot allow this government to wear us all down and force us to accept their devastating cuts.”

The word comes on the heels of news that public school students can expect to be out two days next week if the Elementary Teachers' Federation of Ontario (ETFO) can't reach some agreement with the province by the end of the week.

The new province-wide walkout in the Catholic board was announced the same day as ETFO said it would be returning to the bargaining table with the province on Wednesday, for the first time in a month.