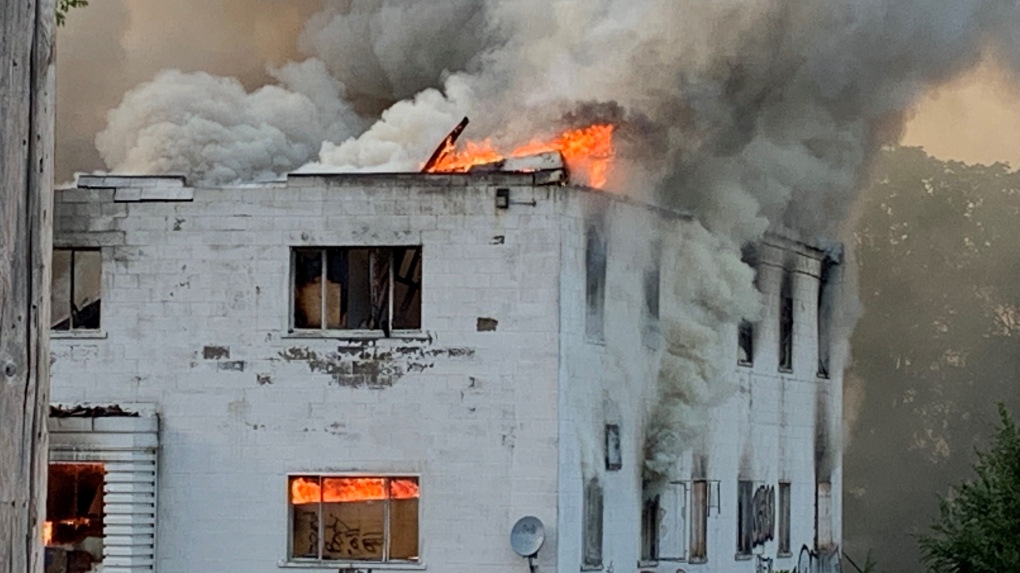 A 19-year-old London, Ont. man is facing charges in connection with two fires, including one that destroyed a vacant building and forced nearby residents to shelter in place.

The first was in a vacant building at 10 Centre St. on the evening of Aug. 3.

Heavy smoke billowed from the structure as crews worked to put out the fire, prompting a request to residents to close windows and doors and stay inside.

The fire demolished the building in the Wharncliffe and Base Line roads area, causing an estimated $100,000 in damage. No one was injured.

Then just before 7 a.m. Monday, emergency crews were called to put out a shed fire in the Beattie Street and South Routledge Road area of Lambeth.

The accused made a court appearance on Tuesday in relation to the charges.