If Waseem Javed gets his way, Goderich will be home to a new flight school, air taxi service and headquarters of an international airline.

“We have exclusive operating rights offering a flight school at the Goderich airport which means the entire airport terminal building will be for our use. We bought the largest hangar property there, and we also have twelve acres of land on airport grounds which is dedicated for our future growth,” says Javed.

They include the unveiling of Canada 1, an air taxi service, an air maintenance operation, the Canadian Pilot Academy Flight School and Royal Canadian Airlines, which will fly to the Middle East and Asia from Toronto and Hamilton, but will be headquartered at Goderich’s airport. 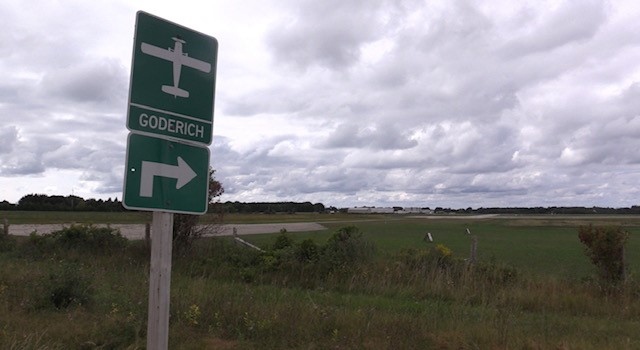 “It is also going to have service in the future from the Goderich airport. It has a 5,000 foot runway which gives us the ability to fly small airplanes out of there,” he says.

Javed says he’s signed a 40 year lease with Goderich to run his four aviation businesses out of the town’s airport, which has been looking for new opportunities to add air traffic to help make it profitable for some time.

“This particular endeavour that’s been brought to us is pretty exciting. And, we’re hopeful everything about it pans out well,” says Acting Goderich Mayor, Myles Murdock.

“We want to grow and it would be beneficial to the area. So, we look forward to pursuing that,” adds Huron County Warden, Glen McNeil.

Javed says former Mayor John Grace, who was recently killed in a boating accident, is the main reason his companies settled on Goderich. He says they’ll name one of their first planes in his honour.

“This is going to be a huge operation. Our goal is to base most of our airplanes out of here eventually. We are planning on building student accommodations here. As many as 50 to100 jobs are possible,” says Javed.

Javed says his lease at the Goderich airport starts in November. He expects flights for Canada 1, the Canadian Pilot Academy and Royal Canadian Airlines to be in the skies within the next year.

YouTube superstar MrBeast is making the world clearer -- for at least 1,000 people. The content creator's latest stunt is paying for cataract removal for 1,000 people who were blind or near-blind but could not afford the surgery.

Actor Annie Wersching, best known for playing FBI agent Renee Walker in the series '24' and providing the voice for Tess in the video game 'The Last of Us' has died. She was 45.

A Russian teenager must wear an ankle bracelet while she is under house arrest after she was charged over social media posts that authorities say discredit the Russian army and justify terrorism.

Ryan Reynolds went from joy to despair, and punch-the-air ecstasy to desolation.