Small-town Dorchester, Ont. is joining the big leagues when it comes to premier baseball facilities in Canada.

Royal Field at the “Field of Dreams” site in Thames Centre will open Friday night with the host Great Lake Canadians taking on a team from Quebec on the new artificial surface.

Rogers Centre in Toronto is the only other full-size artificial turf field used solely for baseball in Ontario.

“It’s the crown jewel of really the country in terms of facilities,” says Chris Robinson, Dorchester native, former MLB catcher and co-owner of the Great Lake Canadians (GLC). “We're going to be bringing in people from across the country and hopefully national team training at this facility. The opportunities are endless for us now.” 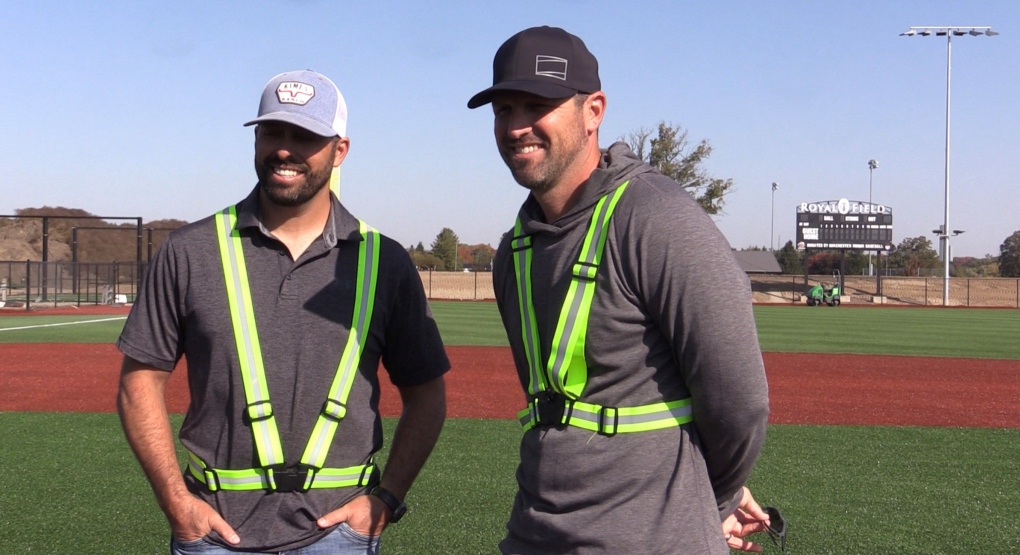 The venue is built directly across from the current field on Hamilton Road, which has been used in Dorchester since 2013.

Walking over a berm from the parking lot to see the artificial surface was breathtaking.

The project was a joint effort between the Thames Centre Council, Dorchester Minor Baseball and GLC. It will be a boom to sport tourism for not only the municipality, but neighbouring London, Ont. where teams will stay.

“We were pleased to be able to support this and it came 100 per cent from development charges,” says Alison Warwick, mayor of Thames Centre.

She adds, “Those development charges are collected from people building in the area. We've experienced a lot of growth like southwestern Ontario has, and this is a way to use these in a positive way to the community.”

The outfield and foul territory surface came as a donation from the Toronto Blue Jays. The same coaching boxes where Luis Rivera and Tim Leiper stood on the third and first base sides are there, and even has some of “Josh Donaldson’s spit,” jokes Robinson.

The dimensions in fair territory are exactly the same as Rogers Centre with 330’ lines, 375’ power alleys and 400’ in straight away centre.

The turf, valued at $300,000, came as a donation from the Toronto Blue Jays. They replaced this surface in 2020, and it needed to be done quickly as the team was moving from Buffalo back home. 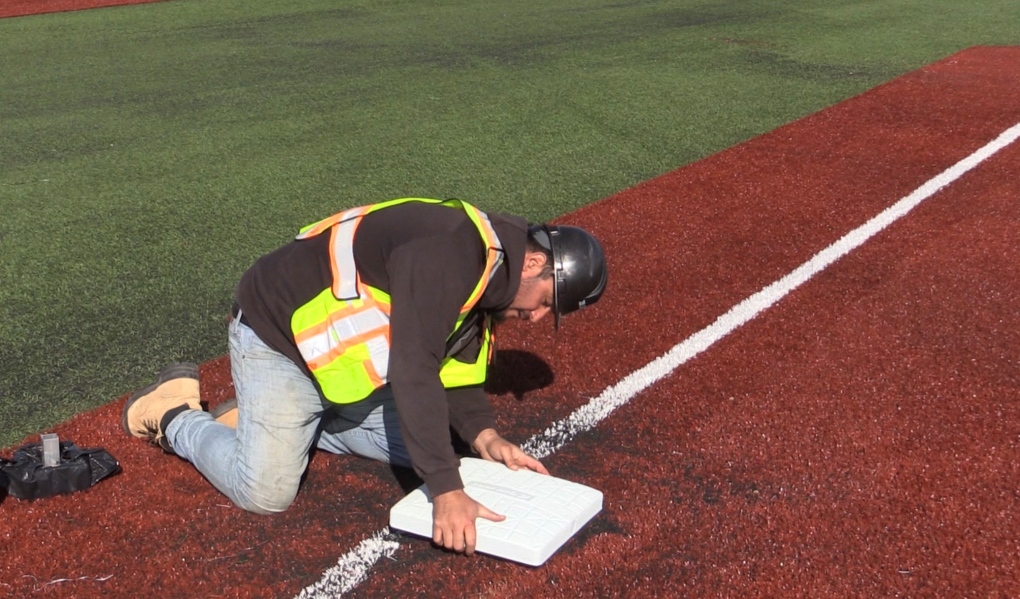 Adam Stern, former MLB outfielder and co-owner of GLC recalls frantically trying to arrange to get it from Toronto to Dorchester in a short period of time.

“You just don't send down a couple U-Hauls and pick up this turf, and obviously it took a lot of a lot of flatbeds,” says Stern.

He adds, “It was a lot of logistics to get it here, and it was not that easy. When they got the go-ahead to move from Buffalo to Toronto they had 90-something rolls of turf sitting in storage needed to go before the other trucks started coming in. So we had hit the go button, but after a bunch of calls, it all end up coming together which you know, put a little stress on but it was it was well worth it.”

“It’s a focal point on the way in,” says Robinson, referring to the seating behind home plate. “It gives you that stadium feel and that's what we were shooting for.”

The stadium, which was constructed by 39 Seven, will be used by the GLC but also by Dorchester Minor Baseball.

It will allow much more playtime in both spring and fall.

“It's not affected by rain or snow, so as soon as the snow is gone, you can play on it,” says Kevin Anderson, general supervisor for 39 Seven, who built the facility. 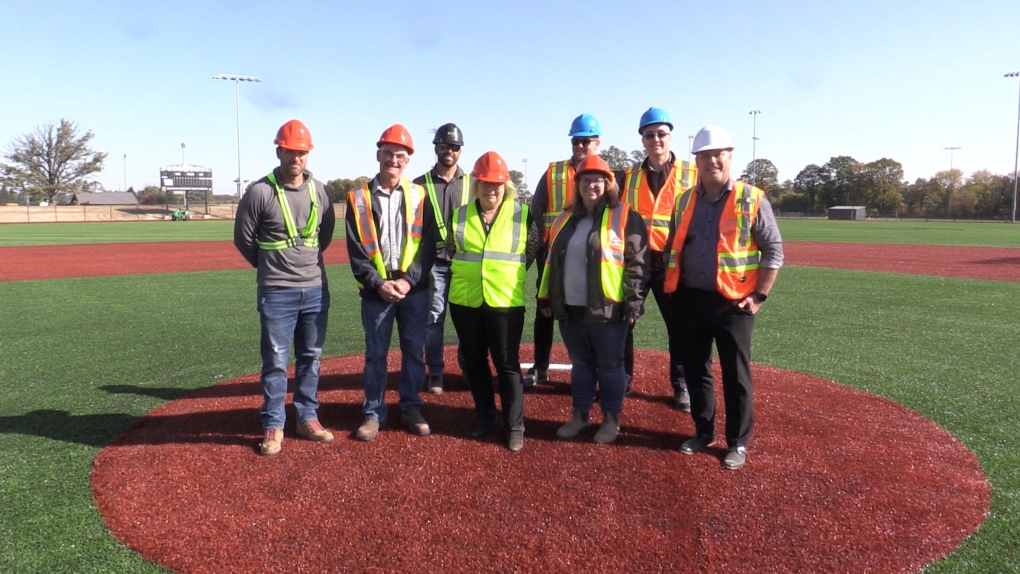 Members of Thames Centre staff and council, Dorchester Minor Baseball, and the Great Lake Canadians pose for a photo on the pitcher’s mound at Royal Field in Dorchester, Ont. The new artificial surface stadium is one of only two full-size turf baseball fields in Ontario. (Brent Lale/CTV News London)

He adds, “As soon as the snow comes, you have the option you could clean it off and play some more but obviously it's going to be a little bit firmer. You definitely gain a couple of months a year of play time with artificial turf."

Stern agrees that for his entire organization, this is a massive boost.

“Our vision was to have high-end events here, a place to watch games with stadium feel, and not losing time to weather,” Stern explains. “We lose so many games to rain outs, bad weather or late starts, so that will put all those things to rest.”

Tuesday afternoon they were still doing some construction, moving some dirt and testing out the lights and digital scoreboard. But, it should be ready for action in just a couple of days.

Robinson expects a buzz to be in the air when first pitch flies.

“We're already getting calls from some of the other top programs across the country they want to they want to come and they want to play here and we want to make it a big deal,” says Robinson.

The Toronto police will be rolling out an increased presence across the TTC following a rash of violent, and sometimes random, incidents on the city’s transit system.

Canada and the United States are laying out the details of their new bilateral workaround for the Nexus trusted-traveller system.

Liberal member of Parliament and former cabinet minister Kirsty Duncan has announced that she is taking an immediate medical leave due to a 'physical health challenge.'