“If not for her, I don’t think any of this would even be in existence, let alone where it is right now,” added co-worker, Justin Smith.

It’s for those reasons the soon-to-be 75-year-old has earned the Sovereign’s Medal for Volunteers. It’s a national recognition for her 25 years of arduous, continuous volunteering, as the go-to person at St. Vincent de Paul’s store and food bank, to simply get things done. 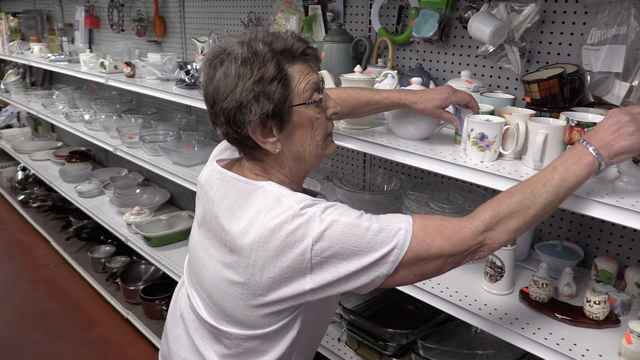 “If someone’s down when they come into the store, I try to have them back up when they leave. A smile. A hug. I’m a hugger,” she said.

33 years as a waitress, plus her 25 years at St. Vincent de Paul — the past 20 as president — has given her perspective on helping Huron County’s less fortunate.

“I don’t shy away from anybody. Rich or poor. It’s me. What you get, if you don’t like it, well, I’m not changing for you. That’s the way I run this place,” she said.

Clifford, an incredible seven-time cancer survivor, is one of only four Ontarian’s to take home this year’s Sovereign’s Medal for Volunteers.

“People can’t believe I work for nothing, day after day, after day,” said the affable Clifford.

Clifford has done everything from fix washing machines to installing security cameras at the St. Vincent de Paul store in Goderich, Ont. She doesn’t climb ladders anymore, but has no plans to slow down anytime soon. 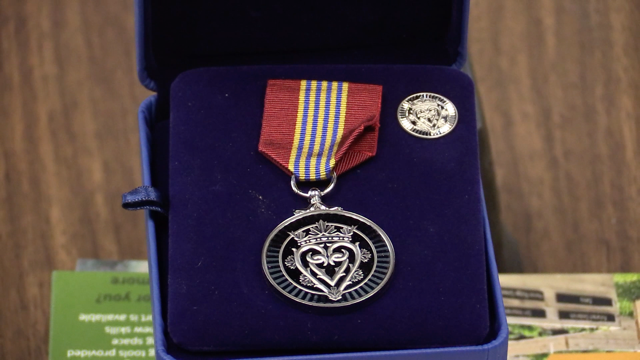 The Sovereign's Medal for Volunteers, presented to Pat Clifford of Goderich, Ont. in May 2022. (Scott Miller/CTV News London)

“She just never ever stops. She’s like an electric car, with a solar panel on the roof,” said Smith, who manages Parson’s Used Furniture, a charitable business within the St. Vincent de Paul Society.

“I just love people. I love making them laugh. I love to help people,” said Clifford.

Clifford could have received the award at a special ceremony with the governor general, but instead decided to have the award mailed to her, and awarded in front of her friends and co-workers in Goderich.

Clifford will celebrate her 75th birthday on June 3.