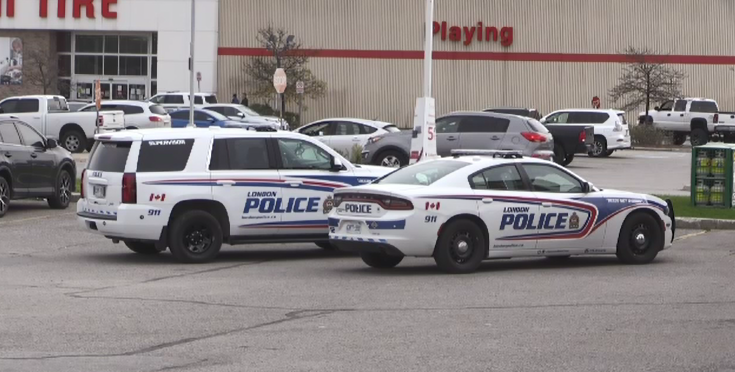 London police are looking for suspects after three robberies in quick succession Sunday afternoon in the east end of the city.

Witnesses say a Canadian Tire and a gas bar convenience store on the same property were robbed and a Staples at nearby Argyle plaza was also hit.

One witness says staff were threatened with a hammer in at least one of the robberies and it's believed at least three people were involved.

Police say no one was hurt during the incidents.

Police are looking for a suspect vehicle but haven't released a description at this point.