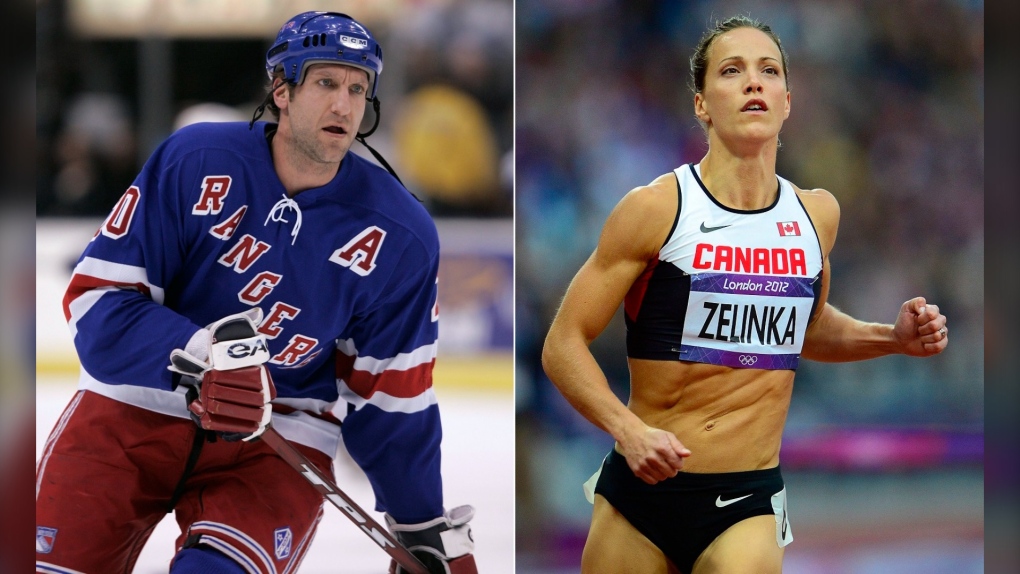 New York Rangers Steve Rucchin skates during the pre-game warm up in Toronto Saturday Feb.11, 2006. (CP PHOTO/Adrian Wyld) Jessica Zelinka looks at the scoreboard after competing in the women's 100-metre hurdle semifinals at the Olympic Stadium during the Summer Olympics in London on Tuesday, August 7, 2012. (THE CANADIAN PRESS/Sean Kilpatrick)

The London Sports Hall of Fame has announced its class of 2022.

Among the inductees are Steve Rucchin, a graduate of Sir Frederick Banting High School and Western University who played 12 seasons in the NHL and Jessica Zelinka, a record-setting heptathlon athlete.

The hall of fame is now in its 21st year of operation and this year’s inductees will formally be honoured at the annual Sport and Hall of Fame induction event Western Fair District.