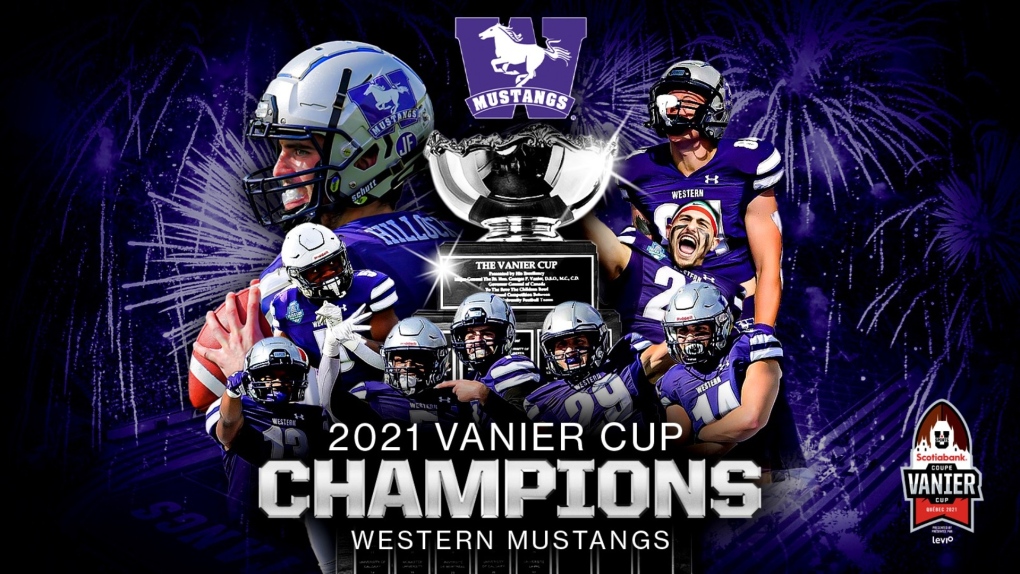 The 56th Edition of the Vanier Cup game was played Saturday in Quebec City, with Western taking on the Saskatchewan Huskies.

In frigid minus-10 temperatures, the Western Mustangs were searching for their 8th Vanier Cup championship in school history.

The Stangs got off to a great start with a touchdown on the opening drive. Western's Trey Humes bursts through the line and scored from 25 yards — Western trailed 12-10 at the half.

In the second half, the Mustangs go to the air. Griffin Campbell, the London Central graduate, catches it wide open and goes 50 yards for the touchdown to give the mustangs back the lead at 17-12.

In the last play of the third quarter, its Campbell again. He caught the ball and took it untouched on the screen pass for the touchdown, which would put the game away and give Western a cushion.

They'd never look back and go onto win the Vanier Cup Championship 27-21.

Quarterback Evan Hillock won the MVP Trophy, as Western takes its second Canadian University Football Title in the past four seasons, and 8th in school history.