'We may move to red zone': MLHU reports another daily spike in new COVID-19 cases 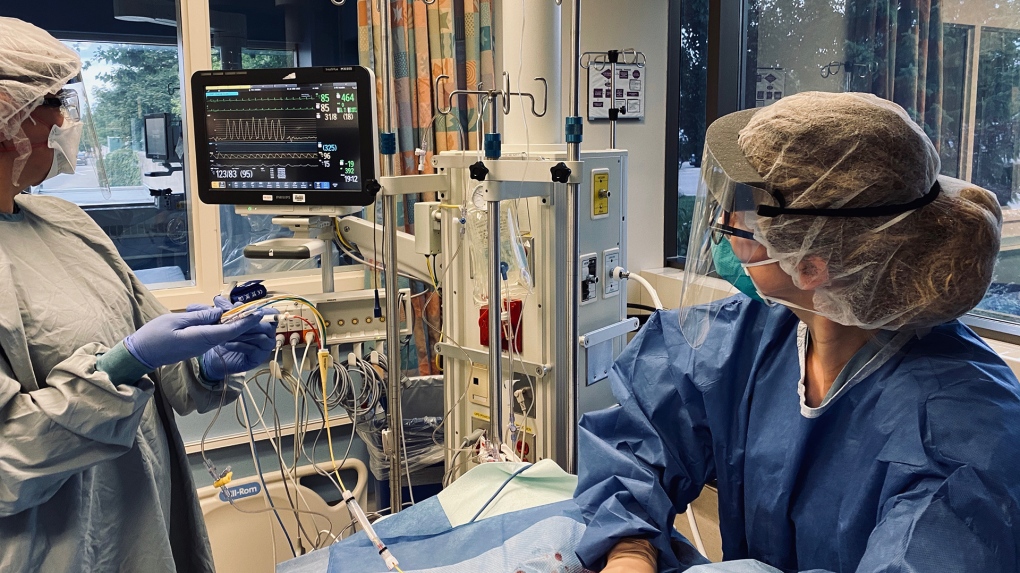 The rise in numbers means that the London region could very well move back into the red-control zone in the coming weeks as the level of new cases are in line with numbers last seen in mid-January.

"We may move to the red zone restrictions sometime soon, or even the grey zone," said Medical Officer of Health Dr. Chris Mackie Thursday.

"I would put that a couple weeks out, but if cases accelerate it could be sooner."

The province announced Friday that the City of Hamilton was moving into grey-lockdown and the Eastern Ontario Health Unit would move to red-control as of Monday.

All local regions remain at their current level of restrictions, while some changes are coming to those in grey-lockdown.

There have been 285 new cases reported in the region over the last eight days.

There are five confirmed variant cases and 87 screening positive.

It takes several days to weeks for a positive screening to be confirmed.

An outbreak at the London Health Sciences Centre's University Hospital is ongoing but is relatively small with six patients and fewer than five staff-testing positive, with no new cases reported in recent days.

A new death was recorded in Elgin-Oxford bringing their death toll to 68.

Ontario recorded more than 2,000 new cases for the second day in a row.

Health officials logged 2,169 new cases of the novel coronavirus, as well as 12 more deaths related to the disease.

The province reported 2,380 infections on Thursday, about 280 of those cases were the result of a data catchup.

The MLHU has announced the hours at the city's two COVID-19 assessment centres over the Easter long weekend.

The Carling Heights and Oakridge centres will both be open for testing on Friday, April 2 and Monday April 5.

Oakridge will be open Friday and Monday from 9 a.m. to 5 p.m.

Details about hours and bookings are available here.

Pandemic etiquette: How to safely and courteously navigate crowded sidewalks

China outlines COVID-origin findings, ahead of WHO report

Many Canadian employees unable to self-isolate when necessary: survey

'What am I going to do now?': Entrepreneurs lose hope as COVID-19 rages on