London police have been called in to investigate a fire at the vacant Dairy Queen on Wharncliffe Road in London.

Crews were called to the scene early Monday morning.

There are no reports of injuries and no dollar estimate on the damage.

This is the second time in seven months fire crews were called to the scene in south London.

According to Const. Sandasha Bough the investigation from December 2021 is still open. 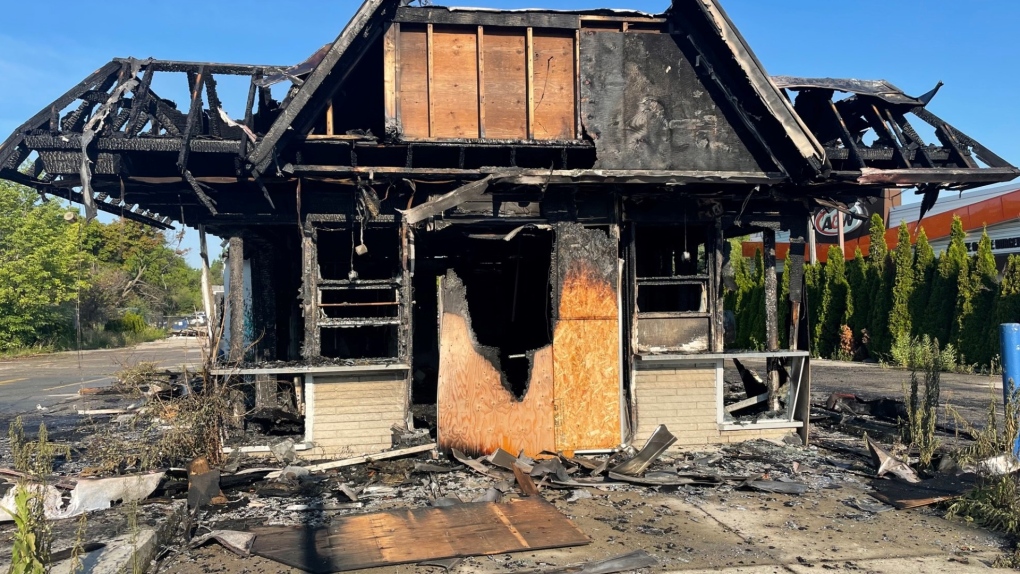 Police are asking for the public’s help in finding witnesses. Anyone with information on this incident is asked to contact London police.

A Make Safe Order was issued to the property owner on June 24 of this year.

According to the city of London, “If building is determined to be unsafe, a Make Safe Order (under the Building Code Act) can be issued,” said Patti McKague, with the city. “That requires the property owner to take actions that will ensure the building is safe.”

If the building poses a risk, the chief building official can secure the building by choosing to renovate, repair or demolish it at the expense of the property owner.

Donald Trump invoked his Fifth Amendment protection against self-incrimination as he testified under oath Wednesday in the New York attorney general's long-running civil investigation into his business dealings, the former president said in a statement.

Family members are still searching for answers after the RCMP apologized for not properly investigating an Indigenous woman's death more than five decades ago.

Is Canada's 'historic' housing correction affecting your plans to buy or sell? CTVNews.ca wants to hear from you

Following a series of interest rate hikes, Canada's housing market is now facing a 'historic' correction. CTVNews.ca wants to hear from Canadians looking to buy or sell homes in a changing market landscape.

Domino's tried to sell pizza to Italians. It failed

Seven years after its debut in Italy, the American pizza giant Dominos has formally shut its stores after it failed to win over locals who preferred homegrown options, according to a report by Milano Today.

A Little League batter rose from a beaning to console the upset pitcher in a dramatic scene at a Little League regional tournament game Tuesday in Waco, Texas.