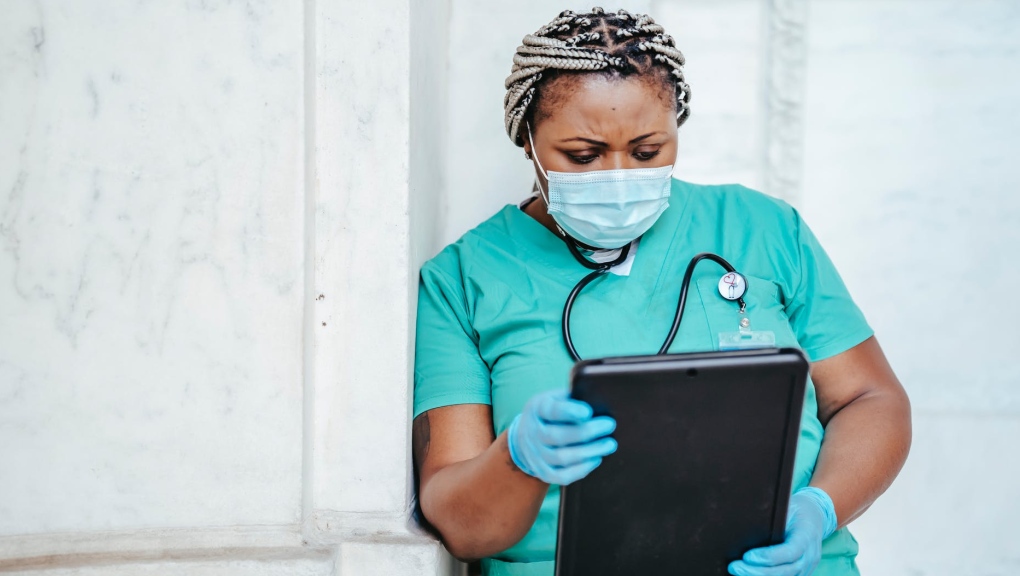 Two of Ontario’s largest health care unions are asking the province to no longer advise health care facilities to have their staff work while still sick with COVID-19.

Ever since the isolation period for people with COVID-19 was shortened to five days in mid-January, some health care workers have been concerned about passing the illness on to patients and other staff members.

CUPE and SEIU Healthcare believe this new pandemic guidance has been a band-aid for health care facilities to deal with staffing shortages.

Michael Hurley, the president of Ontario Council of Hospital Unions/CUPE believes that health care workers should not have to return to work if they’re still contagious.

He wants to see the province suspend this practice and reconsider the previous 10-day isolation period for people who contract COVID-19.

The issue is “the idea that (you) can be brought back at the fifth day, or even less, while you’re still vomiting or having diarrhea, or other symptoms (and) that you would be working with COVID-positive patients and healthy staff."

In addressing the recipients, the letter states, “We also draw your attention to the fact that hundreds of Ontario patients have died from COVID that they contracted in hospital. Many of these deaths could certainly have been prevented with better infection control practices.”

According to CUPE, COVID-19-positive patients are also being put in the same rooms as other patients, which has led to further transmission.

“The fact that we work with people who are even more frail and vulnerable than the rest of the population…I think supports the idea that the isolation period should be as long as it would be for any interaction,” Hurley said.

Hurley told CTV News Londno that some hospitals have agreed to proceed with an early return-to-work program without considering other solutions, including offering premium pay, redeploying staff or calling in help from the military.

"We're working with people who are very very sick…and they can't afford to get sicker. So to us this is a dangerous policy, it's unsafe and it should profoundly be rethought."

Union members are asking Ford and his government to sit down with their members to implement a new plan.

In their letter, they also state that they are willing to take legal action if necessary to protect the safety of their members.