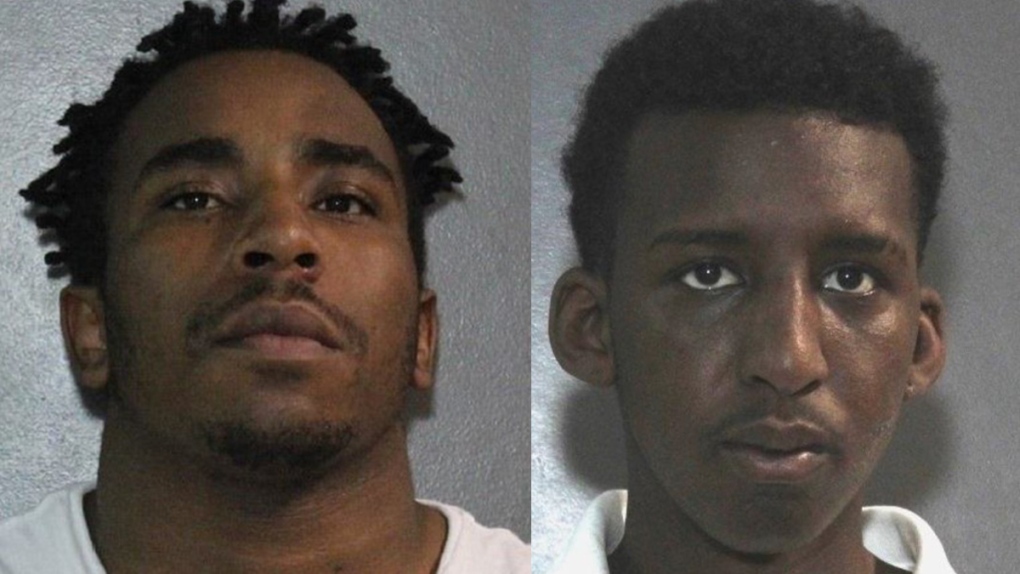 From left, Elkan Vyizigiro, also known as 'Lavish,' and Meaz Nour-Eldin, also known as 'Streets," both of Surrey, BC are seen in this image released by the London Police Service.

LONDON, ONT. -- A London woman has been arrested and two B.C. men are being sought by police in connection with a human trafficking investigation.

Police say they were contacted in October by a woman in her 20s who said she had been trafficked by two men she met through the female suspect.

According to investigators, she was trafficked in London and other Ontario cities over a period of about three weeks.

As a result, a 24-year-old London woman has been arrested and charged with trafficking by recruiting/procuring a person to provide sexual services.

Her name has not been released as police say it could identify the victim.

An Ontario-wide warrant has been issued for the arrests of 22-year-old Elkan Vyizigiro and Meaz Nour-Eldin, also 22, both of Surrey, BC.

They are jointly charged with:

Nour-Eldin is also charged with assault and uttering threats. He is also wanted on a Canada-wide warrant for kidnapping and other offences in relation to a separate investigation conducted by police in B.C.

Investigators believe there may also be more victims and are urging anyone with information to contact police.