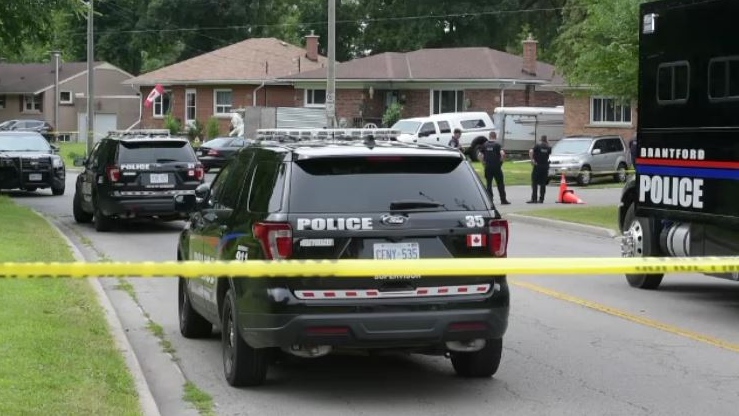 Investigators work at the scene of a double shooting in Brantford, Ont. on Thursday, July 18, 2019.

BRANTFORD, Ont. -- Police say they are investigating after two people in their 60s were shot dead in Brantford, Ont.

Investigators say they were called to a home just before 8 a.m. Thursday morning and found two residents with gunshot wounds.

They say 64-year-old Larry Reynolds and 62-year-old Lynn VanEvery died from their injuries.

Police say a vehicle was seen leaving the area and has since been located.

Officers say they do not believe the incident was a random attack.