Two in hospital after motorcycle collides with SUV on Wharncliffe 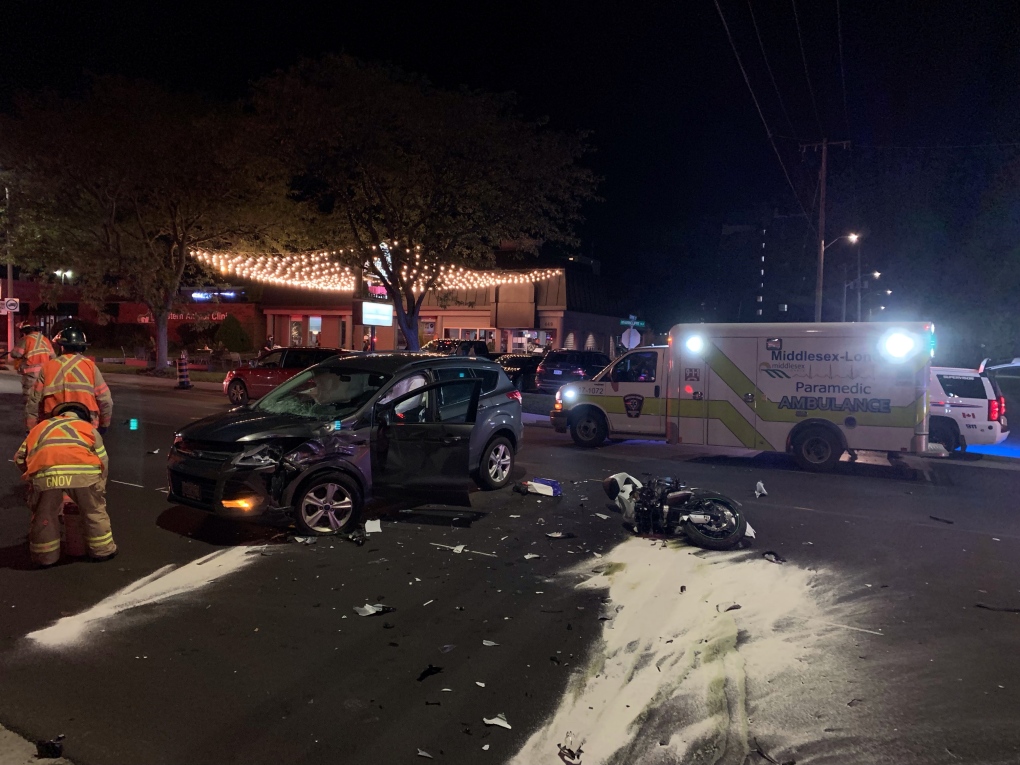 Police say a motorcycle collided with an SUV on Wharncliffe at Lambeth Ave. just before 9:00 pm.

The driver of the motorcycle sustained injuries described by police as serious.

The extent of injuries to the SUV driver is unknown at this time, but the vehicle has sustained major damage on the driver’s side, with the driver’s airbag deployed.

Police have taped off a wide section of Wharcliffe Road to contain the debris field.

Police say Wharncliffe will remain closed to traffic between Baseline Road and Highway Ave. for several hours while police investigate the crash.