OPP are investigating a fatal crash on Highway 401 near Putnam Road that happened around 7:30 a.m. Friday.

Middlesex OPP Const. Lisa Narancsik says, "It was the result of a motor vehicle travelling westbound [that] was struck by a tire that flew off the transport trailer that was travelling eastbound."

After jumping the concrete median, the tire struck the front windshield of an Acura on the driver's side.

The woman driving the car was killed and emergency crews say it would have been almost instant.

The transport driver was apparently unaware of what had happened and continued along the 401 for some time until being stopped by police. The vehicle is now being held as part of the police investigation.

Traffic was re-routed onto the westbound side at Putnam Road for several hours, but all lanes of the highway were fully re-opened around 11:30 a.m.

After a series of incidents in the mid-1990s, heavy penalties were introduced, along with more intensive inspections of commercial vehicles by the Ministry of Transportation (MTO).

Narancsik says, "Transports have to come in and get things checked, there are requirements, and if transports are found to be not up to safety standards, then of course there will be charges, or trucks will be removed from the highway."

As a result, unsafe vehicle convictions for truckers have dropped from 710 annually in 2006 to 306 in 2012, according to MTO statistics.

And while reports of truck wheels coming off have dropped dramatically, there has been a troubling reversal in recent years:

The driver of the car has been identified as 50-year-old Kimberley Coordes of South-West Oxford Township. 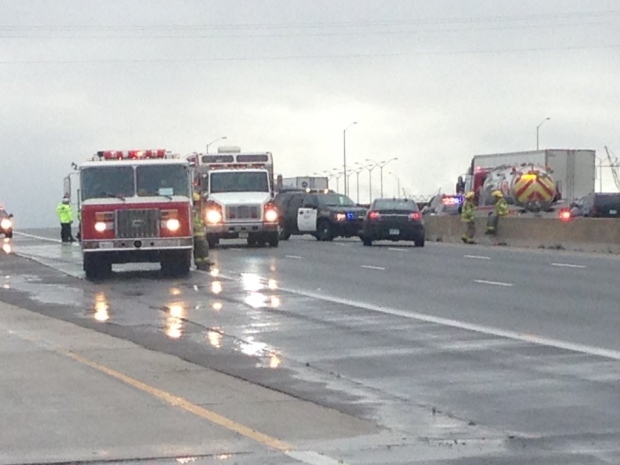 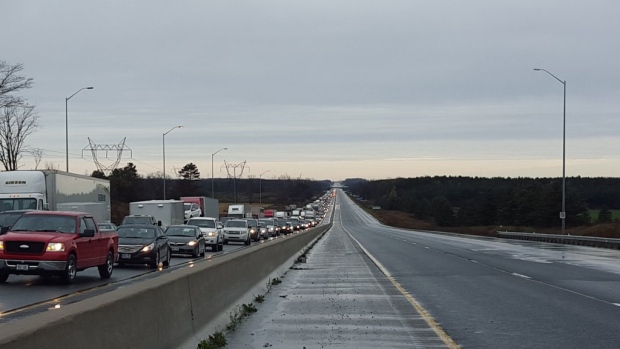 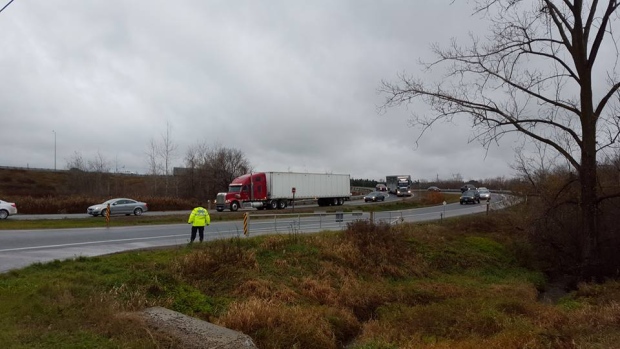