A woman who had her polar bear statue stolen from her front garden last week has managed to get it back in what was a heartfelt reunion.

After making a public plea to help find her missing statue, Nancy Allen is now breathing a sigh of relief after it was found in the city’s east end.

Allen, an employee of CTV News, had her bear stolen from her front garden last week — it’s a prized possession that has sat in her garden for 30 years.

On Monday, Brenda Hill came home to find the 125 lbs. stone bear in her driveway. Hill told CTV News London that she had to get help moving the statue out of the way. 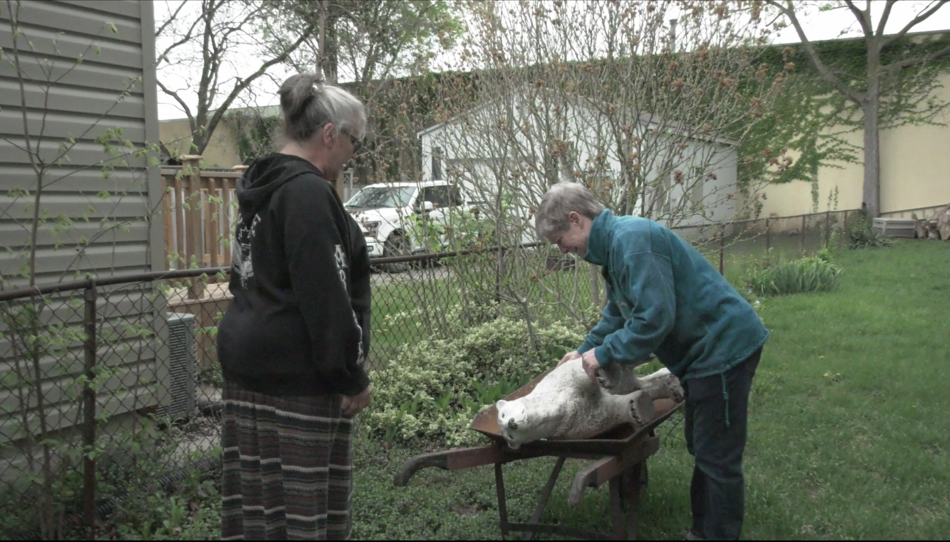 Resident Brenda Hill helped Nancy Allen reunite with her stone polar bear statue on May 17, 2022, after it had been stolen from her front garden last week. (Lisa Clifford/CTV News London)She immediately contacted the police and CTV News once she was notified by her neighbour that the bear had been stolen.

“I saw it on the news and I said, ‘Hey I know where that bear came from,’" she said.

On Wednesday, Hill made that reunion happen between Allen and an item that is near and dear to her heart.

"It’s very sentimental to me," Allen said. “My mom spotted them in the garden when she would come home from the Alzheimer’s club and knew she was at the right home.”

Allen has since been able to return the bear to her home garden.

“There is kindness out there,” said Allen. “I’d lost that hope and now it’s back.”