The pandemic has exposed a lack of publicly accessible sports facilities in London, Ont.

To fill that void, a Canadian-based company is expanding its stable to bring a state-of-the-art basketball complex to the Forest City.

Playground Global is rapidly expanding, and the privately-owned basketball brand is making London its sixth location in Ontario.

Construction of the five unique spaces is still underway at The Activity Plex in the former RONA building at Highbury Avenue and Commissioners Road in London.

"That has certainly been an effective way for us to get to this level that we're at now, but in the scope of what is to come in basketball in Canada, we have to support it with infrastructure. There's a lot of barriers for just your everyday person getting access to school, but Playground Global will will provide a safe high-end space to suppor the growth of the game."

The floor will soon be put down on the Championship Court which will seat between 600-700 fans. 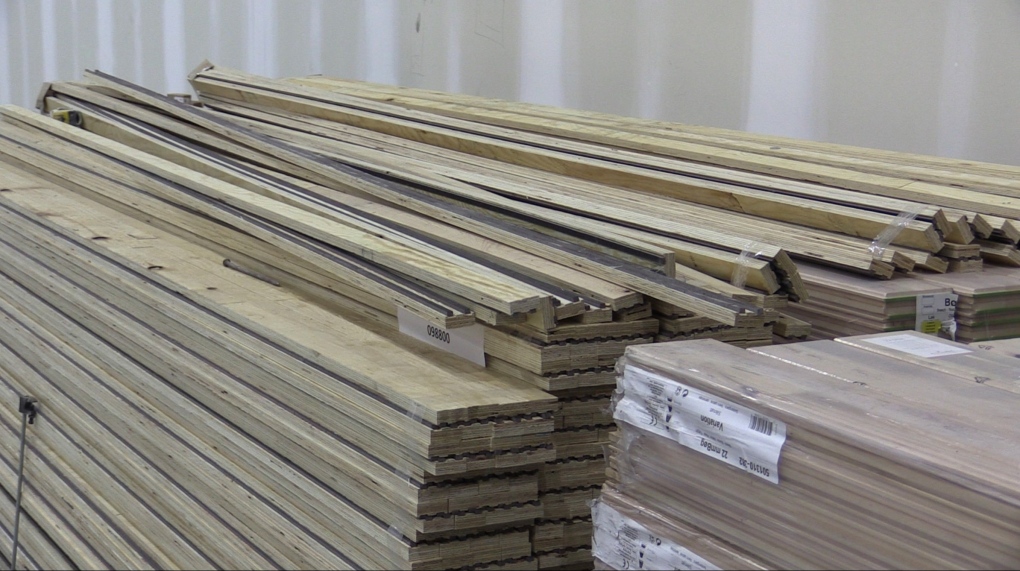 The hardwood floor at The Playground London will be installed soon in preparation for an October opening.

"That's a really exciting space which can create an atmosphere," says Barnes. "It's not quite like Bud Gardens with 10,000 sold out every night, but certainly could fill the room and make it a really exciting night out for a family to come and watch a high performance game. We can have high school city finals, tournament finals, and really just a fun, state-of-the-art room for us to create, you know, basketball memories."

In addition, there will be a high school-size court, and elementary court which will have limited seating.

"What's really unique and exciting about our partnership with the Activity Plex is the 'Lumber Yard,' which is outside of the building," says Barnes. "It's more like a field house, with three sides and a roof covering the space with a flex-court floor, and two high school-size courts." 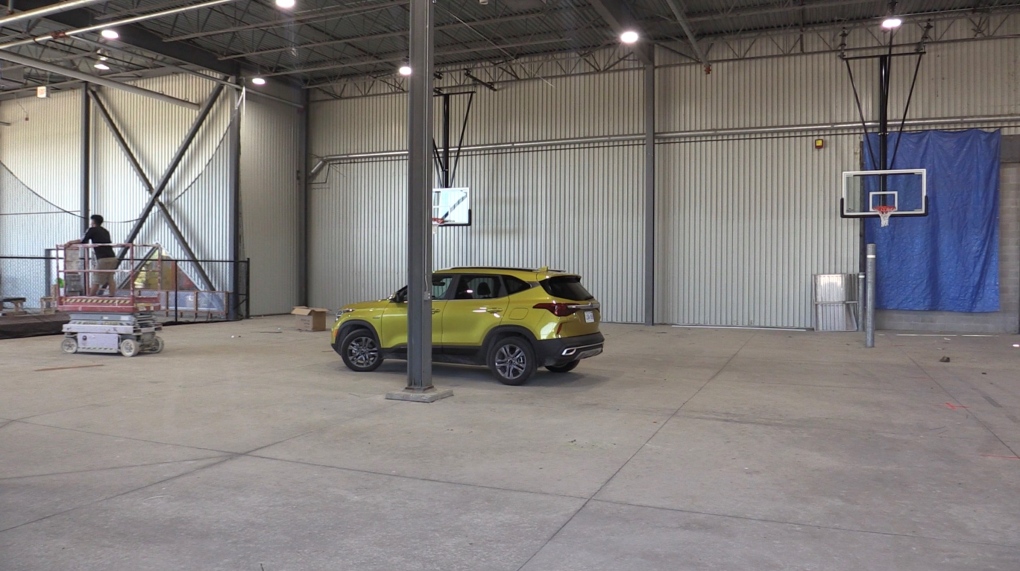 'The Lumber Yard' is a pair of outdoor courts at The Activity Plex in the former RONA building at Highbury and Commissioners Ave in London, Ont. (Brent Lale / CTV News)

The Championship Court will be the home of Southwest Academy Prep Basketball. The London, Ont. women's program based out of Regina Mundi Catholic High School is one of the top high school teams in Canada.

"I can't wait to watch them play," says Adam Jacobson, owner of the Activity Plex. "I'm a huge basketball fan and having a high-end private facility is something that London certainly needed. These guys are the best of the best, and I'm just excited for them to open the doors soon."

Its southeast London location off Highway 401, close to hotels and White Oaks Mall, makes it appealing for Tourism London. 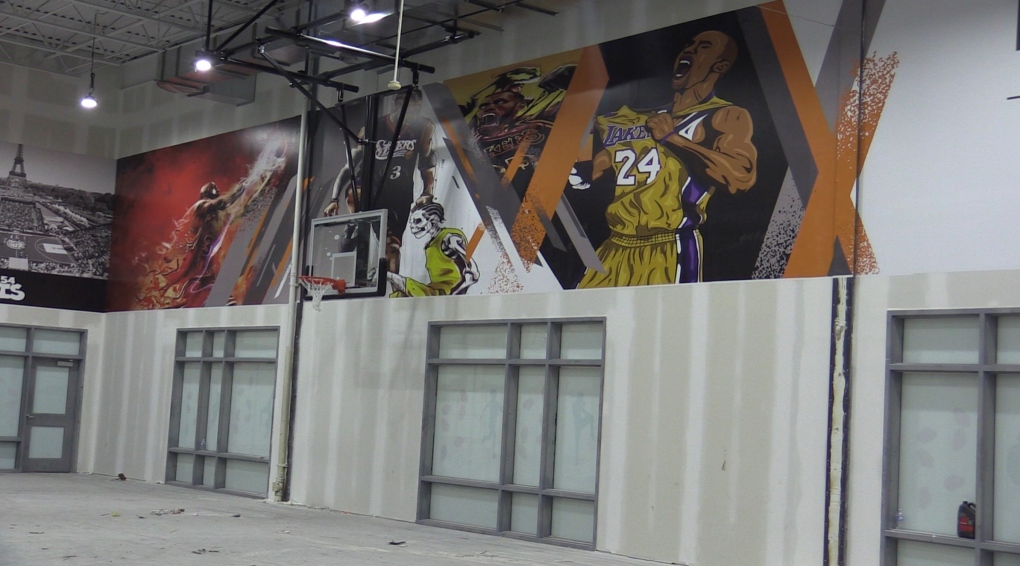 The Playground London is an indoor space with an outdoor feel at The Activity Plex in the former RONA building at Highbury and Commissioners Ave in London, Ont. (Brent Lale / CTV News)

"We're certainly going to be having more conversations with Ontario Basketball, even Canada Basketball, and see if maybe there's something smaller that can be run out of there," says Zanth Jarvis, director of sport tourism for Tourism London.

"I know there they want to stay dedicated to basketball but maybe we can expand it to some volleyball and some other court sports."

Jarvis joked that about another eight of these facilities would be needed to help take care of all the teams and athletes who need court space in the London area. When it comes to sport tourism, a venue like the Playground can be a consistent driver of outsiders to the Forest City.

"A World Figure Skating Championship or a Memorial Cup is the big tourism draw but those are once in a decade events," says Jarvis.

"Minor basketball tournaments you can do every single weekend, and they're generating a ton of tourism. So over time, you know, doing that every weekend equates to even larger than a one-off World Figure Skating Championship or a Memorial Cup."

Barnes is the former men's head coach at Southwest Academy, and currently an assistant coach for the University of Waterloo. He's been a basketball builder in London over the past 10 years, so he knows the London market.

"There are many great players from our academy at Southwest as well as the London Basketball Academy who are going high performance to Division One (NCAA). One of our players from Southwest, Ethan Butler, just committed to the Oregon Ducks. Another local kid Shaedon Sharpe has just committed to Kentucky Wildcats, so this is an extremely exciting time for the growth of the game."

On the women's side, Londoner Miranda Ayim recently retired from a long professional career. Chatham's Bridget Carleton (WNBA) played for the London Ramblers and Lemyah Hylton of Southwest Academy is a top NCAA prospect and member of Canada's U19 Women's National Tteam. 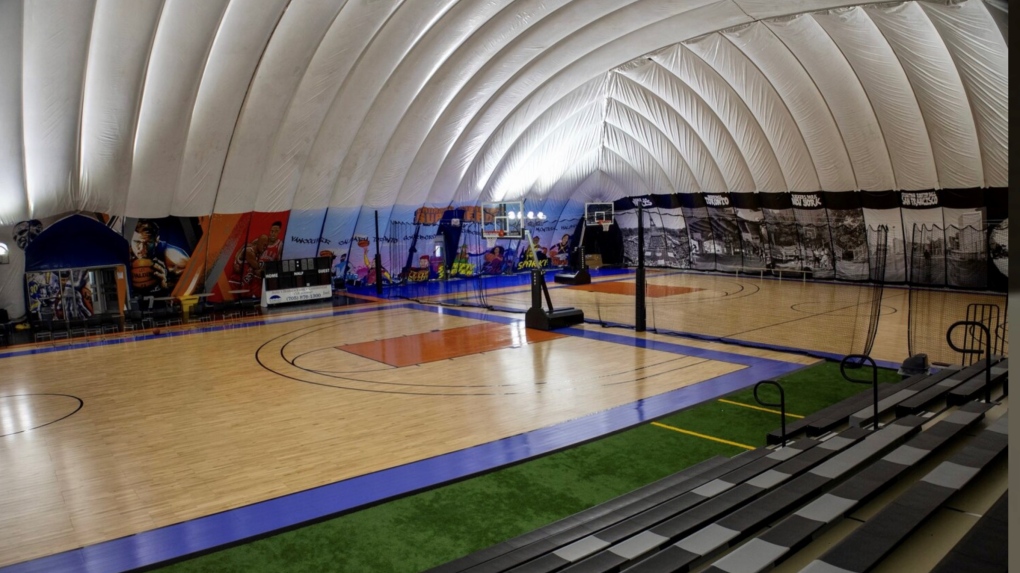 Headed by Sam Ibrahim and Jamie Coote, the Playground Global started with one 15,000-square-foot facility in Scarborough, Ont. in 2020. It has now expanded to include locations in Durham, Peterborough, Burlington, Brampton, London and Ottawa (slated for 2022).

"We have a mandate to be coast-to-coast in Canada within the next five years," says Barnes.

"We're certainly also pursuing global initiatives. Basketball is an amazing sport, and it's something that has given me many opportunities for both self-improvement and life experience. We're excited to to share the game, and grow the game with as many Canadians as we can."