Every day Jorden, a Norfolk County resident, carries around a symbol of his former life he wishes he could erase — it is a hate symbol tattooed in a hidden area of his body.

He said he acquired it while trying to survive prison during a dark time in his life.

“For about 15 years, I was in drug addiction. And, that came with jail and the streets,” Jorden explained.

But now, many years into recovery and a new life, Jorden said his hateful tattoo remains a great source of shame.

“I met the Lord and totally radically changed. Set me free from drug addiction. Now, I am a father and a husband,” he said.

Jorden's story is not unique to Simcoe, Ont. tattoo artist John Champagne. He has heard many stories of a hateful tattoos being applied for misguided beliefs or jail gang requirements.

Champagne fully admits it is hard to tell if someone has truly changed their mindset, but he wants to give those who have made a mistake a second chance — no questions asked.

For the next two months, he is offering free sessions to transform tattoos of hate into scenes of humour and acceptance.

“I going to try to get some hate off the street for Christmas, maybe change some lives,” he said. 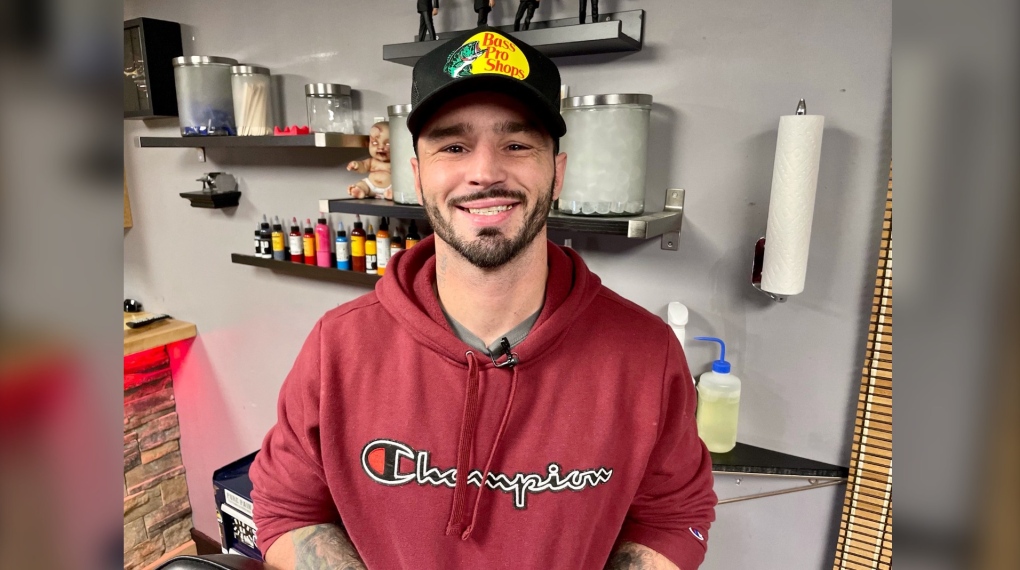 Jorden is looking forward to removing a symbol of hate acquired while in prison during a darker time in his life many years ago. (Sean Irvine/CTV News London)

In Jorden’s case, Jon will turn the hate symbol into a Windows operating system logo.

It is one of many designs Jon is creating to help those who have already come forward with requests to remove their hateful symbols and words.

Financially independent at a young age, Jon said he is prepared for a long list of pro bono clients.

After all, he maintains that covering up signs of hate with signs of laughter and love helps more than just the person tattooed.

“We live in Canada. We’re so multicultural here. There is no room for this here,” he said.

Jon is hoping other Canadian tattoo artists will take his idea.

For more information on his offer, you can visit the Pure Pain Parlour Facebook page.