Sarnia Sting head coach steps down from the bench 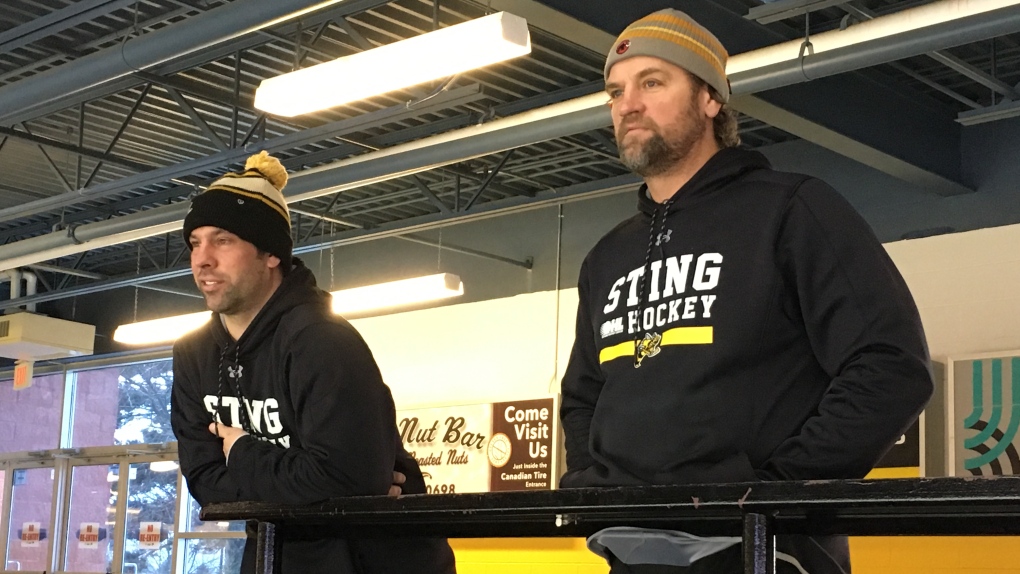 Co-Owner and Governor of the Sarnia Sting Derian Hatcher announced Tuesday that he will be stepping down from another one of his roles with the club: Head Coach.

Hatcher became Head Coach back in 2014 after he acquired the team with co-owner David Legwand.

During his time on the bench the Sting saw success with two franchise record winning seasons and capturing the team’s first division title since 2008.

In a statement released to media Hatcher said it was in his best interest to make way for a “fresh voice.”

“This past year has been one of reflection for everyone including myself and my family, I have thoroughly enjoyed my time working with the players as head coach of the Sarnia Sting the past five seasons. However, at this time I feel it is in the best interest of myself. my family and the team that I step away from my role as Head Coach of the Club and allow for a fresh voice to lead our team behind the bench,” said Hatcher.

The co-owner says he will remain in his role as Governor.