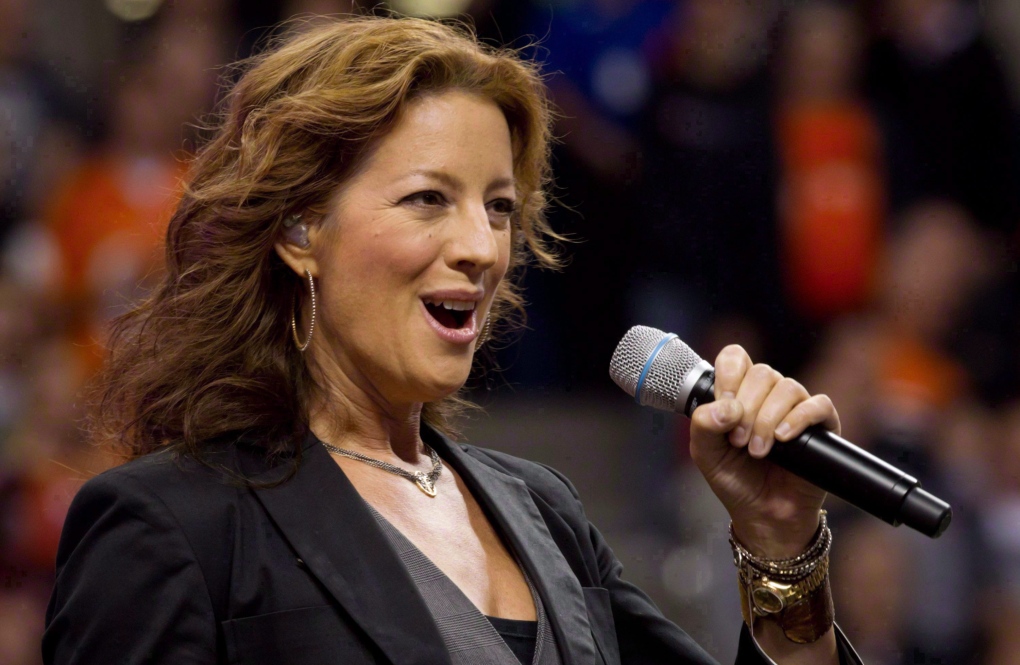 TORONTO -- Sarah McLachlan is feeling a sense of "thrill and terror in equal measures" as she prepares to step into the role of hosting this year's Juno Awards.

The "Building a Mystery" singer says she's never hosted any event at all, so starting with Canada's biggest night in music will be a considerable challenge.

"Up until very recently I've been terrified about public speaking," McLachlan admitted on Tuesday as the Juno nominees were revealed in Toronto.

"I've had to become used to getting up in front of people... which seems ridiculous because I stand in front of thousands of people and sing and talk -- but that's when I'm in my moment and playing music."

McLachlan will be in good company when she takes the stage in London, Ont., on March 17.

Leading the nominees is pop superstar Shawn Mendes with six nods, including for his self-titled third studio project, which is up for album of the year, and the song "In My Blood," competing for single of the year.

The Pickering, Ont.-raised singer is also nominated for the Juno fan choice award, as well as artist, songwriter and pop album of the year.

Hitmaker the Weeknd pulled in five nominations, most of them in top categories including album of the year, which is determined by sales and streaming figures.

However, despite his massive popularity Drake was missing from the Juno nominees list again this year. His 2018 album "Scorpion" didn't receive any recognition, even though it broke streaming records with the help of viral hit "In My Feelings" last summer.

And while the Toronto rapper could have still qualified for the fan choice and best single awards, the organizers didn't include him as he "opted not to participate."

Representatives for Drake did not respond to a request for comment.

The CARAs organization, which runs the Junos, has struggled to win favour with Drake after he hosted the 2011 show but was shut out of all of his five nominations that year. Two years ago they resurrected the international achievement award after 17 years to hand it to the rapper, though he didn't show up to accept.

"We would love to see him back and hopefully will someday," Reid says.

Among the other highlights this year are DJ duo Loud Luxury who scored four nominations helped by their breakout hit "Body." They're contending for single of the year alongside Alessia Cara's "Growing Pains," Mendes' "In My Blood," the Weeknd and Kendrick Lamar's "Pray for Me" and German-Canadian newcomer Bulow's "This is Not a Love Song."

Bulow was recognized in four categories, which also included fan choice, breakthrough artist and pop album of the year.

Buzzworthy Quebecois singer Hubert Lenoir proved his crossover appeal in English Canada by grabbing three Juno nominations for his concept album "Darlene." It's in the running for Francophone album, pop album and the coveted best album of the year categories.

Jann Arden has two nominations for "These Are the Days" in the album of the year and contemporary album categories.

Special honourees include Corey Hart, the 1980s pop heartthrob known for his hits "Sunglasses at Night" and "Never Surrender." He will be inducted into the Canadian Music Hall of Fame.

And music producer David Foster will receive the Allan Waters Humanitarian Award for his philanthropic work at an industry gala dinner.

Nominees in some of the top categories:

SINGLE OF THE YEAR

ALBUM OF THE YEAR

ARTIST OF THE YEAR

GROUP OF THE YEAR