Room named for police officer who opened doors to diversity

LONDON, ONT -- At 94 years old retired London police Sgt. Lewis 'Bud' Coray maintains a passion for life, “I have a ball no matter where I go.”

On Tuesday morning members of the London Police Service, family and friends showed their passion for 'Bud,' as a room at police headquarters was named after him.

London Police Chief Steve Williams was among those who addressed those gathered in the newly named Lewis 'Bud' Coray Community Room.

"Bud remains a positive role model for everybody with a dream, regardless of race, ethnicity or heritage."

Coray spent 30 years with London police, joining the service in 1951 as the first black member, just days after being rejected for a transit job on the basis of colour.

But soon he would be put on path that would be his life's work.

"Another friend of mine, coloured fellow, was sort of in the know and he said, ‘Bud, they're going to hire some people back there. So get your a** down there.'" 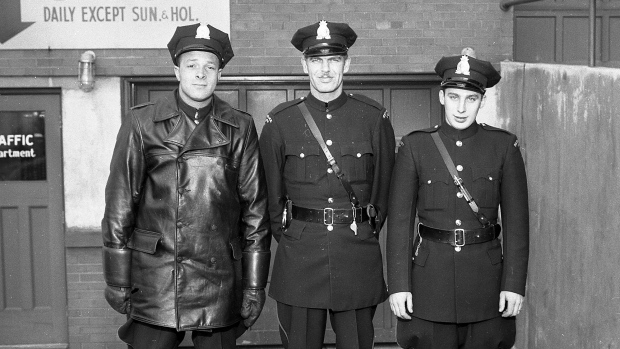 Coray would go from the Uniformed Division, to the Criminal Investigations Division, to being a detective in the Fraud Unit.

"I could tell that they felt pride when they spoke of him," Staff-Sgt. D'Wayne Price told the gathering, remembering, as a young man, conversations about Bud in the then small, tight-knit black community.

"It translates today, as well, right. These same marginalized communities are still looking to find a representation of themselves within the service."

The room that now carries Coray's name is often used to pull together those communities and improve relationships.

Coray pressed for recognition of his race throughout his career. And 20 years into his service at the police department he realized that his race wasn’t documented on his employment papers. So he had that changed.

“The chief then was Walter T. Johnson. So I said, ‘When I joined nobody said that I was coloured. I said I want it put it on the books now.' And as a result, that was done.”

And an event that has carried Coray's name for a decade will take place at the end of this month.

The Lewis Coray Trailblazer Award will be handed out on Feb. 27. It celebrates youth in recognition of Black History Month.