Police seize a loaded handgun, ammunition and a quantity of drugs 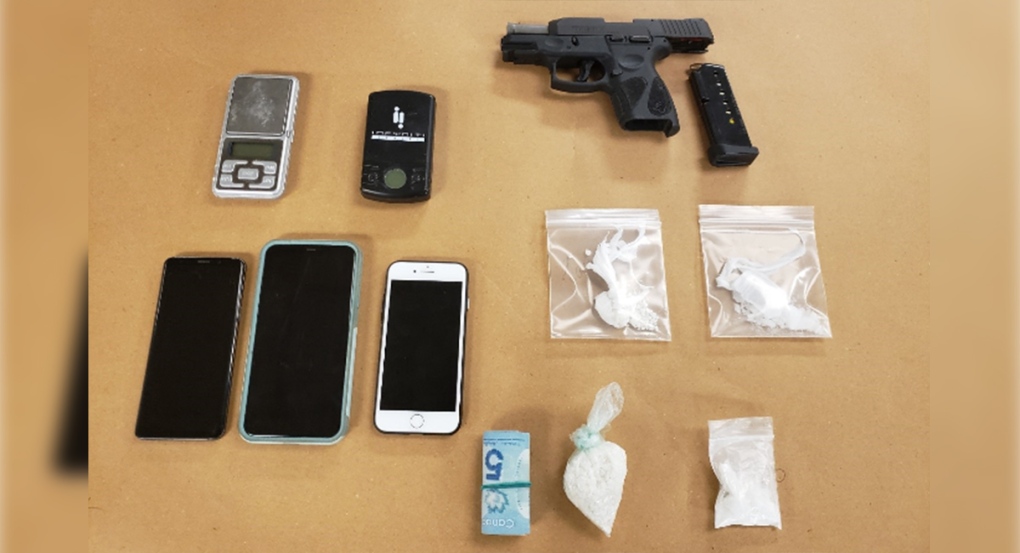 A loaded gun and drugs seized in London, Ont. on Thursday, Jan. 28, 2021 are seen in this image released by the London Police Service.

LONDON, ONT. -- Police, along with the Canine Unit, located and seized a loaded handgun, ammunition and a quantity of drugs Thursday evening after searching a London residence.

Shortly after 9 p.m. Thursday, police conducted a search of a vehicle and residence in the 100 block of Briscoe Street East.

The items seized from the searches included:

As a result of the investigation, a 29-year-old and 33-year-old male and a 32-year-old female, all of London, were charged with two counts of possession for the purpose of trafficking.

The 29-year old male was also charged with:

The 33-year-old male was also charged with an additional count of possession of a Schedule I substance for the purpose of trafficking.

Anyone with information can contact the London Police Services.

Three people are facing charges after members of the LPS Guns and Drugs Section, with the assistance of members of the Emergency Response Unit and @k9_london, seized a loaded handgun and quantity of drugs yesterday evening. Read more: https://t.co/UVHWpn2tBk #ldnont pic.twitter.com/pbXycNB2TK