It was not a typical morning at Country Sisters Restaurant and Bakery in Moorefield, Ont., east of Listowel.

“My sister looked out front and said to me, ‘There’s a pickup truck in our dining room,’” said Country Sisters co-owner, Carol Wideman.

About 10 minutes before the restaurant was about to open at 7 a.m., a pickup truck travelling eastbound on Highway 86 left the roadway and drove across a planted field before slamming into the side of Country Sisters Restaurant, punching a truck-sized hole in the side of the building.

“Usually we’ve got the girls out here getting things ready for people to sit down and have breakfast or lunch. We’re so glad we hadn’t got that far yet,” said Wideman. 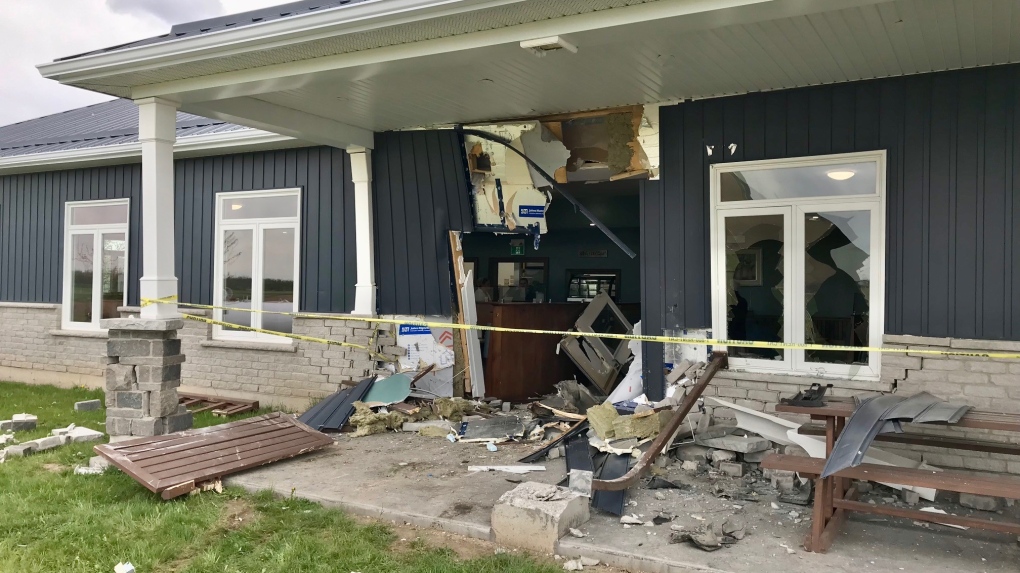 Damage to Country Sisters Restaurant and Bakery after being hit by a truck on May 18, 2022. (Scott Miller/CTV News London) (Dan Lauckner/CTV News Kitchener)Although there were five staff members in the restaurant at the time of the collision, no one — other than the 41-year-old male driver from Palmerston, Ont. — was injured. He only suffered a few cuts and bruises, and was quickly released from hospital.

Sarah, a close friend of the driver who hit the building, tells CTV News he told her he suffered a seizure, which is what led to the crash. She says the driver didn’t have a licence for awhile due to his epilepsy, but had been episode-free for five years, until Wednesday.

Police say they’re still investigating what led to the crash.

“For a moment, it was touch and go. Initially, it sounded very, very serious. Luckily it’s not as bad as we thought initially. But, we’re still trying to determine the cause,” said Wellington OPP Const. Joshua Cunningham. 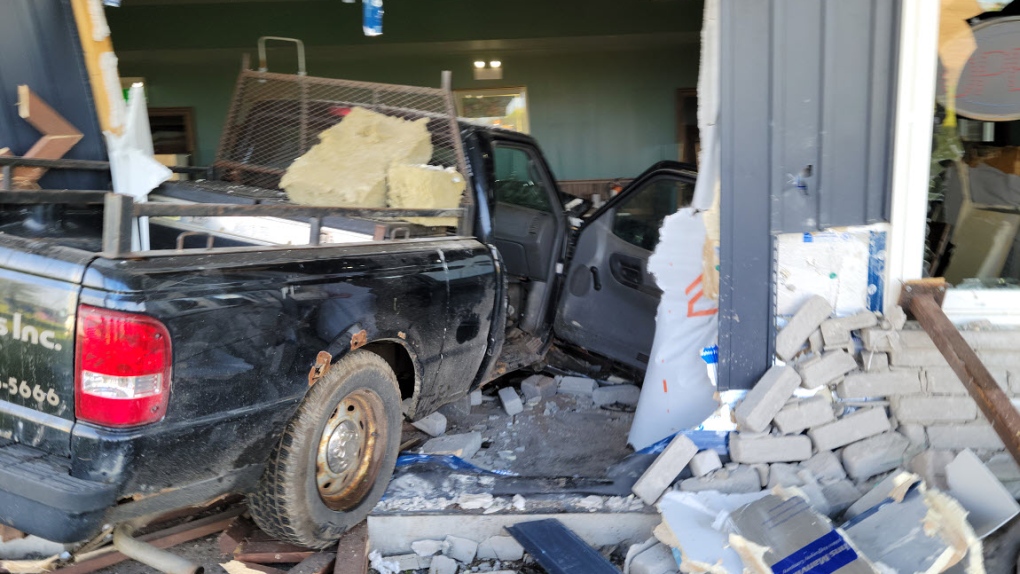 OPP are investigating after a vehicle struck a building in Mapleton on May 18, 2022. (Source: OPP)As serious as a truck slamming into your restaurant is, this isn’t even the worst thing to happen to Country Sisters Restaurant in the past couple years. The restaurant burnt to the ground on March 29, 2020, and was just recently rebuilt and re-opened.

“These poor people have gone through enough. They had a fire a couple of years ago, and it just re-opened a few weeks ago. So now, they have this. It’s just really unfortunate,” said Dolores Byrne, a regular customer who drove from Mount Forest, Ont. this morning to examine the damage.

Country Sisters owners say they’ll get the damage fixed and expect to be open again as soon as possible.

“We can fix it, and hopefully go on again. Everybody is OK. We’re just so thankful for that,” said Wideman.

— With files from CTV News Kitchener