Pedestrian dies after being struck by vehicle in east London

Pedestrian dies after being struck by vehicle in east London 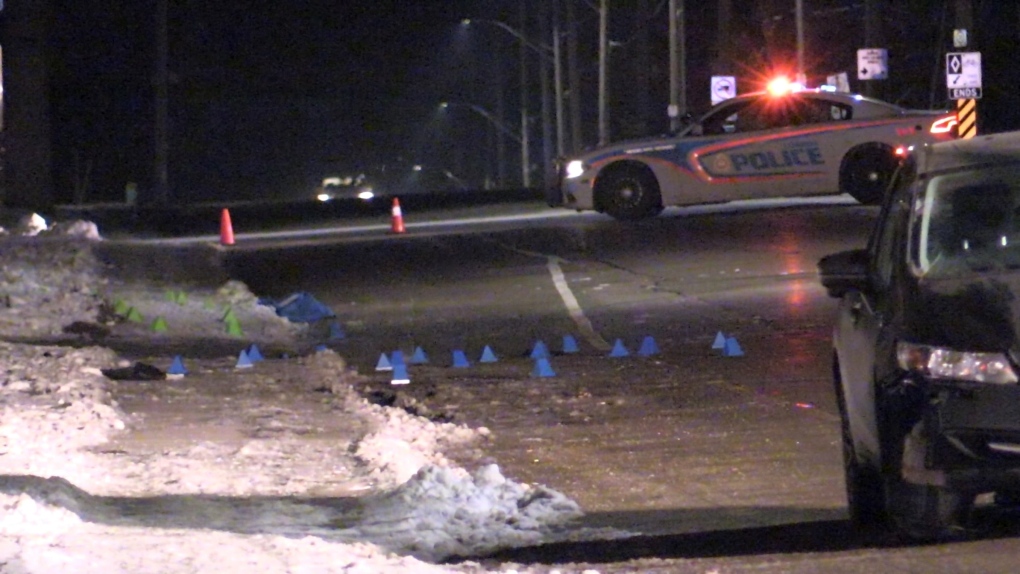 Police are investigating after a pedestrian was struck in the area of Hamilton Road and Watmar Avenue on Jan. 23, 2023. (Daryl Newcombe/CTV News London)

The pedestrian involved in a collision with a car in east London Monday night has died.

Police say the investigation is ongoing after emergency crews were called to the scene at Hamilton Road near Watmar Avenue to the around 6:30 p.m.

According to police, the driver of the involved vehicle remained at the scene and the pedestrian was taken to hospital by EMS.

Hamilton Road between Meadowlily Road and Watmare Avenue was closed for several hours while police investigated.