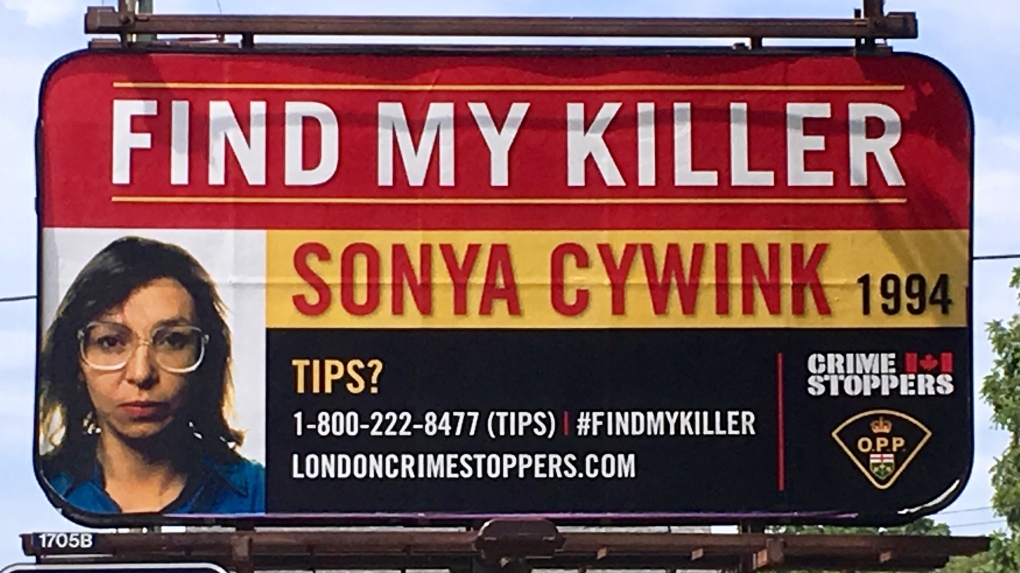 A new awareness campaign is being launched in hopes of finding answers in the 1994 homicide of 31-year-old Sonya Nadine Cywink.

Elgin County OPP have put up a new billboard asking for public input, while family and other stakeholders are highlighting her life.

At the end of August, it will have been 25 years since Cywink was found dead at the Southwold Earthworks.

The national historic site on Iona Road in Elgin County was once a First Nations settlement.

OPP say Cywink's body showed evidence of trauma, and her death is being investigated as a homicide.

Originally from the Whitefish River First Nation on Manitoulin Island, Cywink was living in east London when she died.

Elgin County OPP continue to investigate her death, and a $50,000 reward is being offered for information leading to the arrest and conviction of her killer.