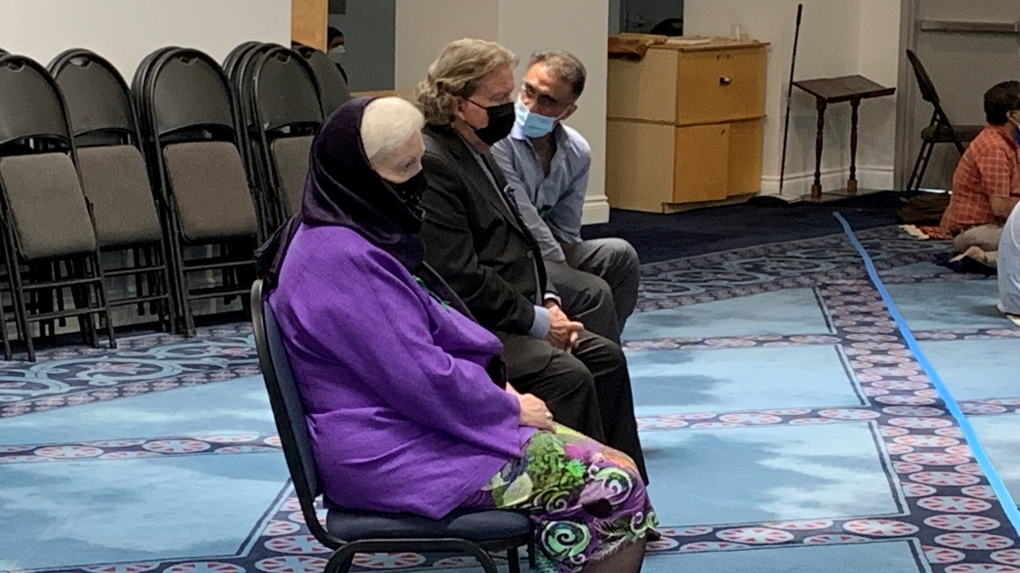 Four members, including three generations of the family were killed last Sunday when a pickup truck mounted a curb at Hyde Park Road and struck them in what police say was a deliberate hate-motivated attack. A nine year old boy survived the tragedy.

The Honourable Elizabeth Dowdeswell sat in on afternoon prayers at the London Muslim Mosque. She then met with executive members of the Mosque, before taking in the memorial of flowers and gifts on the front steps.

The Crown’s representative in Ontario then tied a ribbon to the fence at the London Islamic School, before making her way to Hyde Park road to visit the memorial that has sprung up at the site of the crash.

Speaking to reporters, Dowdeswell said we need to find a way to channel anger and fear into into into meaningful action.

“I don’t know why it is that we are afraid of people who are different, why that drives us apart instead of driving us together. And so I think we have to have some of those respectful conversations. But mostly we need to move beyond talking to take real action.”

Dowdeswell said she came because she wanted to show respect and condolences to the Muslim community.