LONDON, ONT. -- Former Kitchener Ranger and London-area native Eric Guest is speaking out about his experiences in the hockey world, specifically in the Ontario Hockey League (OHL).

As originally reported by TSN’s Bardown site, Guest says he is speaking out about his experiences now that he is no longer pursuing a career in the National Hockey League.

“I would never say anything along these lines while I was still playing, because you can’t. If I said something or talked about some of this stuff, any chance I had at playing professional hockey is over instantly,” said Guest in a 15-minute video posted to his Instagram.

He goes on to detail an experience that allegedly happened when he was 16 years old.

He says he and another teammate were forced into doing cocaine by an older teammate.

Guest, originally from Kilworth, Ont., says he will be posting weekly videos about his experiences in the hockey world, touching upon not only hazing but injuries and treatment for concussions. 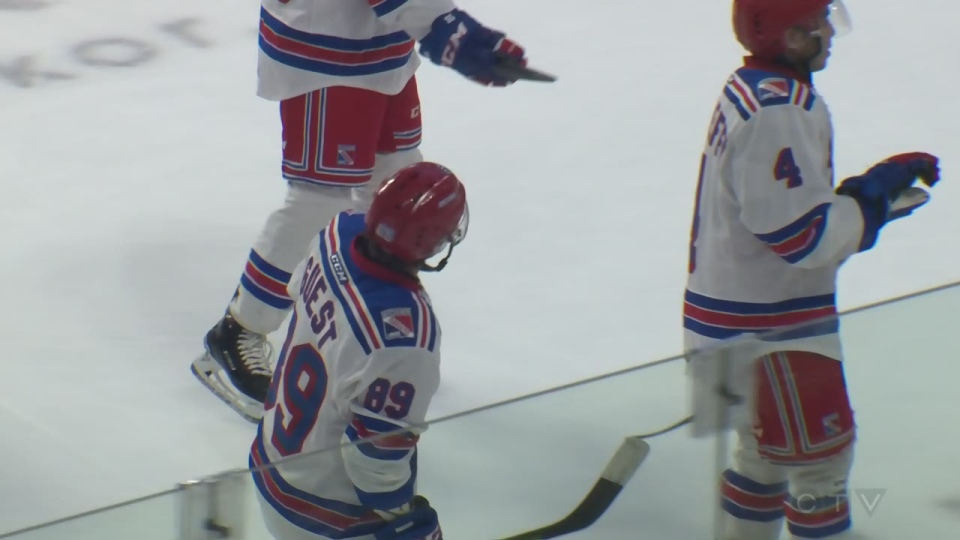 Guest played three seasons for the Kitchener Rangers from 2016-2019.

During the 2019 season he missed a large portion of the season due to undisclosed ongoing health issues.

Guest says he eventually developed mental health issues due to the stresses of the lifestyle.

He eventually found himself living in a mental health ward at hospital for roughly 45 days. At this point, he gets emotional and exits the screen momentarily.

“Obviously hockey gave me everything I have and everything I am today is because of Hockey. The experiences I went through made me who I am today and I am super thankful for it.”

More recently, Guest played for the London Nationals during the 2019-2020 season.

In a statement, the OHL said, "The League became aware of Eric Guest’s accusations for the first time last evening. These allegations constitute a serious violation of OHL rules and include allegations of criminal conduct. We have reached out to Eric, requested an immediate meeting to receive the pertinent details and to initiate an investigation. Once we have spoken to Eric we will have a better understanding of the next steps."

The Rangers issued a very similar statement, adding that they have reached out to the Waterloo Regional Police Service and will participate with the OHL's investigation, but "Until the investigation is complete the club will be making no further comments."

CTV News London has reached out to speak to Guest directly, however he says he is going to stick with posting his videos on Instagram for the time being.