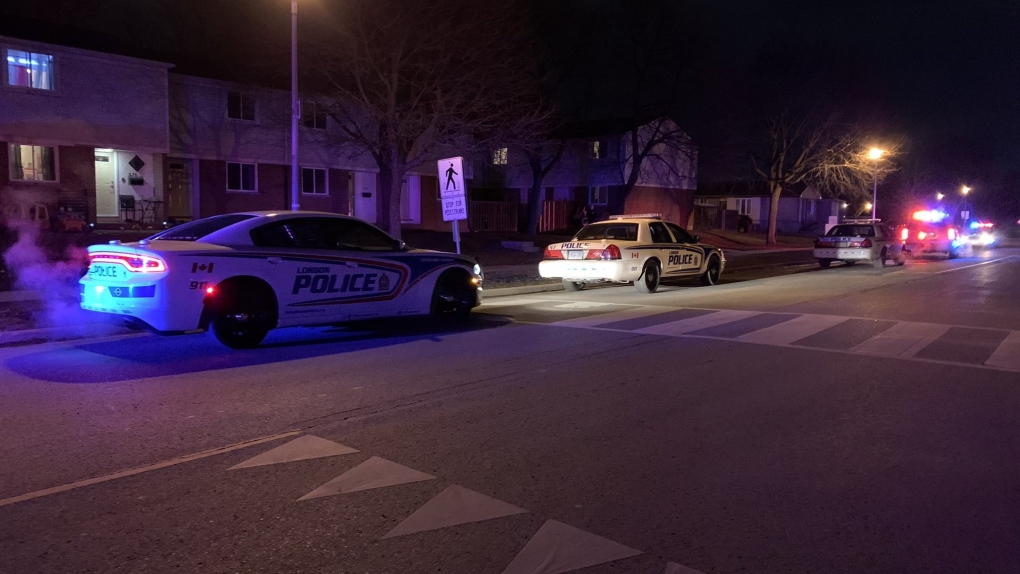 London police are scene in the are of Millbank Drive as they investigate an undisclosed incident on Tuesday, March 16, 2021. (Taylor Choma / CTV London)

LONDON, ONT. -- London police say there was no threat to the public after a large police presence was seen in a south London neighbourhood Tuesday evening.

Police tweeted late Tuesday that they were investigating an incident in the area of Millbank Drive and Dudley Crescent.

CTV News was on scene shortly after 11:30 p.m. and saw several police cruisers in the surrounding area.

Officers on scene indicated that they could not share information at the time as the investigation was on going.

According to police they were called the check the welfare of an individual and were able to locate that individual.

No other information is expected to be released.