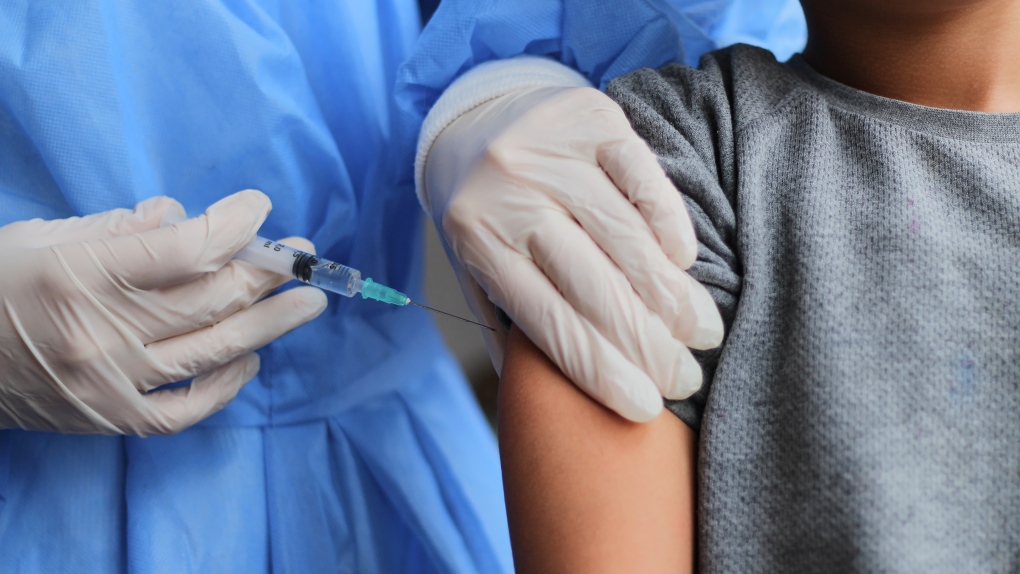 A child gets a vaccine in this undated image. (Shutterstock)
Middlesex Centre, Ont. -

The COVID-19 vaccination campaign for kids ages five to 11 could get started as early as December and will resemble the early vaccine campaign for adults, local officials say.

Officials estimate roughly 35,000 children in that age group will become eligible once the Pfizer's pediatric COVID-19 vaccine is approved by Health Canada.

While the campaign could start as soon as the beginning of December, Mackie said that date could fluctuate from a couple of weeks up to a month.

For those who have already been vaccinated, the process is expected to be much the same, Mackie said.

"The plan is fairly similar to the first few waves, so we will have large mass vaccination clinics open at the Agriplex and Mount Brydges out in the Strathroy-Caradoc area. We will have pharmacy partners, lining up to make sure that they can offer vaccine as well."

The mass vaccination clinics, which are currently accepting all walk-ins, will move back to an appointment-based system to manage volume, Mackie explained.

"It won't be possible to have everybody show up on day one, as soon as everyone I'm sure would want. So we'll have to spread those out, so people will use the covidvaccinelm.ca website to book their appointments."

It's expected to take two to three weeks to get all the newly eligible kids their first dose, and the same for second doses a month later.

After the initial rollout, Mackie says there will be "catch up campaigns out of the mobile clinics, school clinics and that sort of thing, to make sure that for those for whom access is an issue, we can reduce barriers as much as possible."

Primary care providers like family doctors are not expected to play as active a role in this rollout.