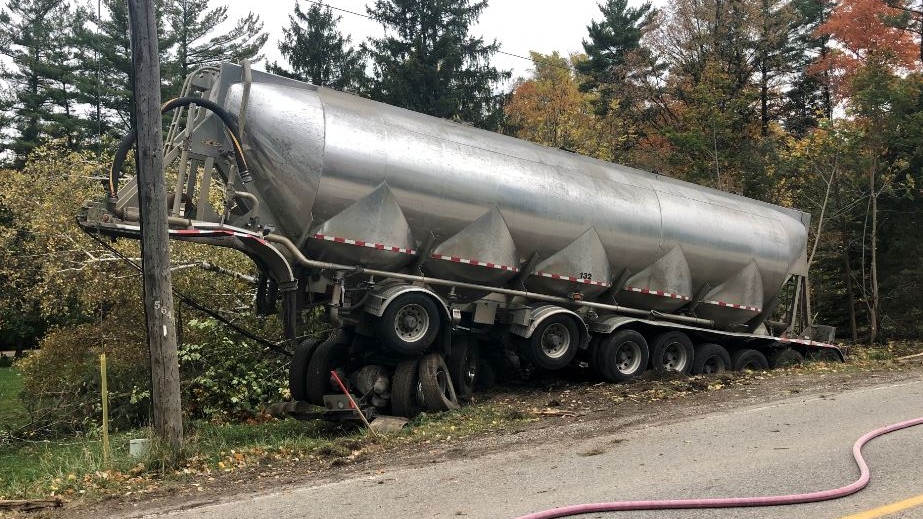 LONDON, ONT. -- It made a significant mess, but there were no serious injuries after a tanker truck slammed into a large tree Thursday afternoon.

The collision happened on Petty Street just south of Ailsa Craig around 3 p.m.

The driver was the lone occupant of the truck and his injuries aren't believed to be serious.

The tanker was leaking fluid., believed to be diesel, but the tank was close to empty at the time of the crash.

The Ministry of the Environment had to be called to handle the cleanup.