Man injured as he escapes would-be robber on nature trail

Man injured as he escapes would-be robber on nature trail 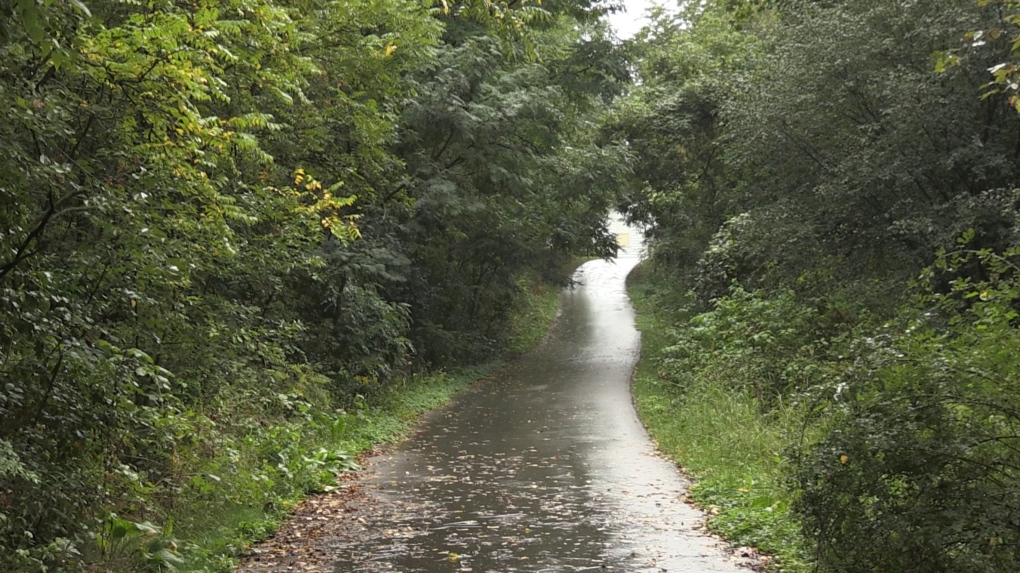 A nature trail in St. Thomas, Ont. that runs between Athletic Park and Hiawatha Street, as seen on September 21, 2022. (Bryan Bicknell/CTV News London)

A peaceful morning walk on a St. Thomas, Ont. nature trail turned violent when police say a man was the victim of a would-be robber on Tuesday.

According to the St. Thomas Police Service (STPS), at about 5:30 a.m. on Tuesday morning, a man was walking along a trail that runs between Athletic Park and Hiawatha Street when he was approached by an unknown male.

The suspect held a knife to the victim’s throat and demanded his cell phone.

The victim was cut as he pushed the suspect to escape.

He ran toward Hiawatha Street where he was aided by a citizen, and was later taken to hospital with non-life-threatening injuries.

“The suspect is described as approximately 6′ tall, thin build, light skin, a short beard that gets longer towards his chin and a little bit of grey, a long nose and thin lips. The suspect was wearing a dark hat possibly with a Nike swoosh on it and a spring coat that appears poofy.”