It’s the beginning of the end for London Transit’s fleet of noisy, carbon-belching diesel buses.

On Wednesday, the London Transit Commission (LTC) unanimously backed a consultant’s report that recommends a path to gradually transition its fleet to zero-emission electric buses over the coming years.

According to computer modelling performed by the Canadian Urban Transit Research and Innovation Consortium (CUTRIC), a combination of depot-based charging stations and so-called opportunity charging stations located along routes would support 99 per cent of local service on current routes with battery electric buses.

Despite costing about double the price of a traditional diesel bus, CUTRIC’s analysis shows that lower operating costs and environmental benefits justify an initial investment in electrification. 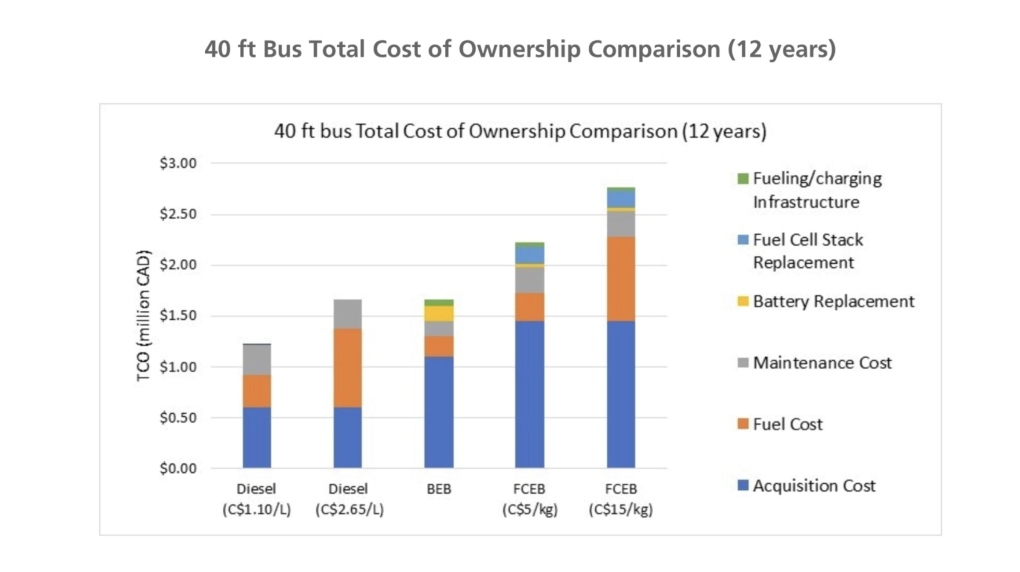 After the purchase of the initial 10 buses, CUTRIC recommends that as existing buses reach their end of life, the LTC’s annual bus replacement program become the mechanism to replace 17 diesel buses each year with electric.

However, Paleczny recommends taking one year to evaluate the real world performance of the first buses before ordering more.

“We have those electric buses to learn from, but we [must] have backup [diesel] for those days when we have [technical] issues, which based on every transit system that’s ahead of where we are, there will be days where there are issues,” she explained.

London Transit will spend $80,000 to join with Burlington Transit as the first participants in a coalition of operators for a group-purchasing program.

The purchasing consortium aims to have the first contracts to purchase integrated systems of buses, charging stations and related equipment signed in March 2023.

Paleczny says given the delivery schedules of suppliers, the first electric buses could roll onto London streets in mid-2024.

“That gives us a year to get all of that other infrastructure complete. The Wonderland Road facility will need retrofits, London Hydro needs about a year advanced notice,” added Paleczny.

A large chunk of Alpine glacier broke loose Sunday afternoon and roared down a mountainside in Italy, sending ice, snow and rock slamming into hikers on a popular trail on the peak and killing at least six and injuring eight, authorities said.